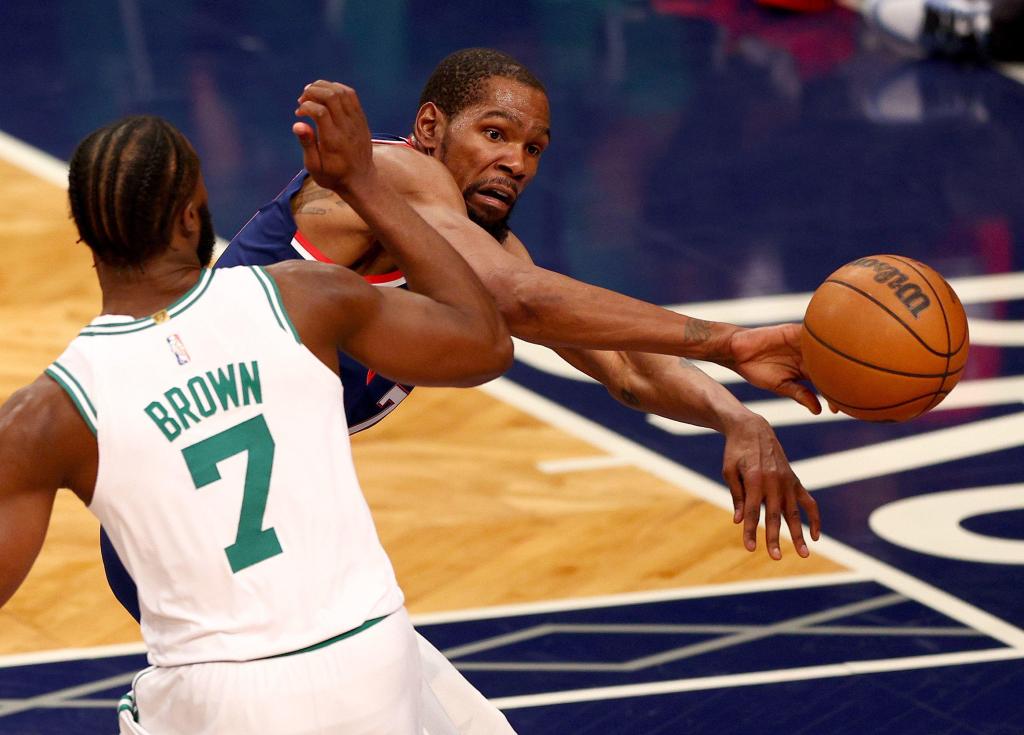 Some Warriors fans have been dreaming all month about the possibility of Kevin Durant returning to the Bay Area for another run with Golden State, but now it looks like he’ll be joining the Eastern Conference champions instead of the Western Kings. .

According to ESPN, the Boston Celtics have offered the Nets a package centered around Jaylen Brown in exchange for Durant.

Few teams have the combination of potential trade chips, matching salary and contending status to satisfy both Durant and Brooklyn, the team he plans to leave with four years remaining on his contract. An offer from Boston that includes Brown could meet that threshold. The Warriors, a proven championship corps in their 30s and an emerging next generation in their teens and early 20s, could fill those needs as well.

Boston is suddenly the favorite. per Odds checker, to land Durant this offseason. In some ways, it might be hard for Warriors fans to take Durant to the last team Golden State faced in a title run, when the Warriors might have a chance to bring him back themselves.

Adding a superstar talent on Durant’s level would clearly strengthen the Celtics. Brown carried the Celtics several times in the Finals when Jayson Tatum failed to rise to the occasion, but Durant is one of the greatest scorers of all time. Even the age difference (Durant is eight years older) is offset by the confidence shown by Durant’s contract, which runs two years longer than Brown’s.

In theory, that means the Warriors should be wary of Boston acquiring Durant. A worthy opponent increasing his skills is a concern for any defending champion.

But looked at from another lens, it’s a welcome development for the Warriors: The odds of Durant facing a team in the playoffs are much lower if he stays in the East than if he returns to the Western Conference.

Even if they have the stuff to make a strong offer to Brooklyn, the Warriors aren’t the only team west of the Mississippi that could consider a big package for Durant. And among the group of teams looking to add Durant are Western contenders who have a better chance of matching up with the Warriors in the playoffs than the Celtics.

The Phoenix Suns, the NBA’s best regular season team last year, appeared to lead the KD sweepstakes until center Deandre Ayton signed an offer sheet earlier this month. Portland, Denver, New Orleans and Memphis have all been tabbed as potential landing spots as well, with a decent mix of established core and young players who could interest the Nets. The Blazers and Nuggets don’t seem to have the draft equity to swing a Durant trade, but the Pelicans have a stockpile of picks and the Grizzlies have a young roster and plenty of future draft selections of their own. .

Any of these teams acquiring Durant would directly affect the Warriors’ odds of returning to the NBA Finals.

If the Warriors aren’t sacrificing a core part of their future to bolster their current championship equity by bringing back Durant, the next best thing to their title hopes again would be to stay in the Eastern Conference. Even if it is with a competitor.