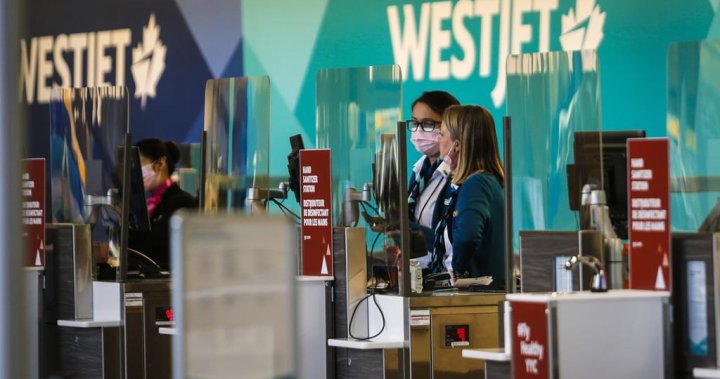 There will now be no strike at WestJet this week after the airline reached a temporary labor deal with the union representing hundreds of workers at the Calgary and Vancouver airports.

Both the airline and Unifor Local 531 announced the deal Sunday evening, days before nearly 800 baggage and customer service staff could walk off the job.

WestJet employees in Calgary, Vancouver stage a possible strike to seek a new contract with the airline

Unifor announced last week that 98 percent of workers had voted to strike as early as Wednesday if no deal could be reached.

Neither side disclosed the specific terms of the tentative agreement, which is still subject to ratification.

1:52
WestJet employees in Calgary, Vancouver could walk off the job if a deal is not reached with the airline

WestJet employees in Calgary, Vancouver could walk off the job if a deal is not reached with the airline

The union said in a release that the agreement “provides long overdue wage increases and improved working conditions.”

The agreement, described as the first between the two sides, will be presented to union members later this week.

More than 500 WestJet employees are unionized in Calgary and Vancouver.

Unifor has said wages are a key issue, with current wages starting at $15.55 an hour and topping out at $23.87 an hour after seven years.

Spokesman Scott Doherty said last week that the pay scale has not increased in more than five years, making WestJet wages among the lowest in Canada’s aviation industry as inflation rises.