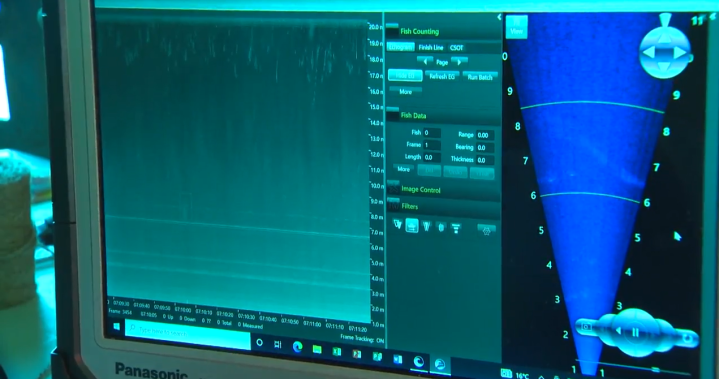 Members of the Samas First Nation in Abbotsford, BC, gathered on the Vedder River on Friday to begin the third year of its five-year salmon conservation, stewardship and harvest project.

Samas First Nation Natural Resources Officer Amanda Gower explained that the initiative involves a combination of on-water monitoring and advanced technology to track the health of the many salmon populations that pass through the waterway.

“What this involves is really estimating the abundance of salmon moving into their terminal spawning grounds. We’re able to use the information provided by fishermen, so traditional knowledge, and combine that with modern science. , such as paired with our ARIS sonar,” he said.

“It’s very interesting, we’re able to track the transition in real time, and then compare it to capture the data.”

Gower said the information allows the community to make timely and informed decisions about when fish are safe.

It also allows the nation to share this information with other nations and user groups, helping protect salmon populations while promoting transparency and trust.

“Instead of waiting for a lot of postseason analysis and forecasting, we’re able to use existing knowledge to get a better idea of ​​migration, and we’re able to use that information annually. , if continued, to assess change in run and run timing of different species,’ he said.

Samas First Nation County. Troy Gainsveld, who has been fishing since 1985, said the importance of salmon — culturally and as a food source — to First Nations cannot be understated.

He said the mentorship program has helped demonstrate that importance, showing how First Nations want to be, and can be, part of the solution moving forward.

Ottawa has allocated about $12 million to local commercial fisheries in BC.

“(The river) is a part of me. It’s where I feel most comfortable. It’s hard to explain,” he said.

“Technology, actually bringing a weather estimate of how many salmon are migrating through the system, will certainly help with resource management and better management to ensure that the resource is here for future generations. will remain.”

While the work continues, the nation is asking people using the river to try to avoid sonar gear deployed in the area.

Monitoring will continue until the end of the month, before being repeated in the autumn.