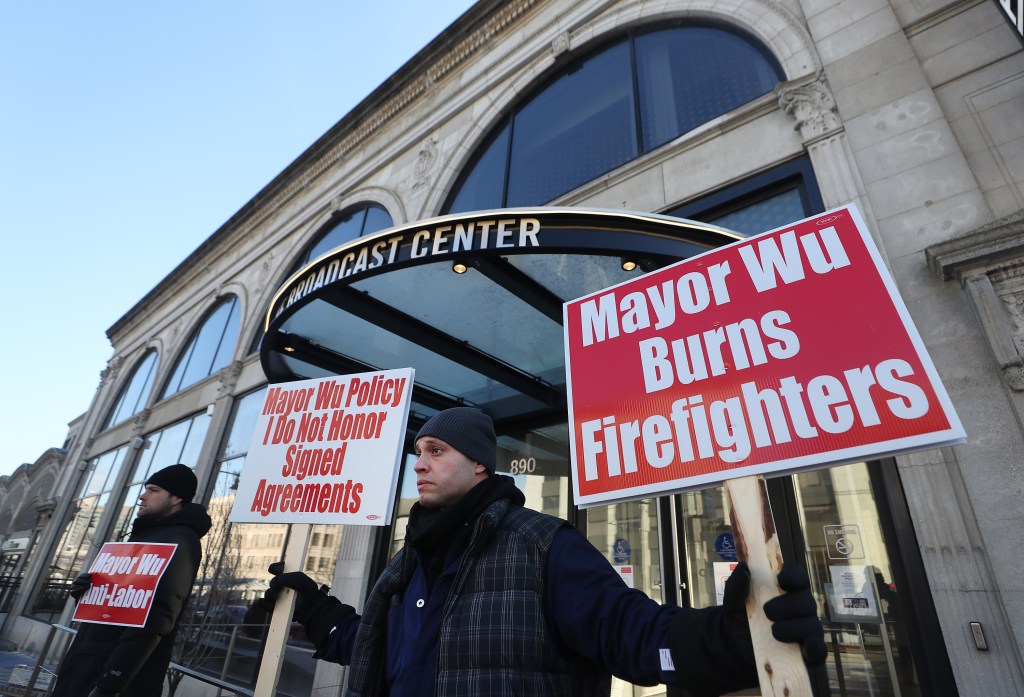 President Biden declared the “pandemic over” during a softball interview on “60 Minutes” on Sunday. While the news reportedly came as a surprise to her health officials, we have weathered an unprecedented storm.

During the pandemic, more than 95.6 million cases were reported, with 1.05 million deaths amid lockdowns, masking and social isolation that affected the length and breadth of the country.

Throughout this period we have seen numerous gestures of kindness. As Americans banded together in solidarity, our nation’s first responders and health care providers were no longer taken for granted, but celebrated. It seemed that Americans would be united against a common enemy.

It took our government to make a dire situation intolerable.

Freedom of religion is a cornerstone of America. The Pilgrims landed in Massachusetts in search of a place where they could freely profess their religion without fear of reprisal. This is such a fundamental freedom that our Founding Fathers made it the first clause of the First Amendment to the Constitution. Never in our 246-year history has such a basic human right been so blatantly ignored as during the COVID pandemic.

President Biden, as well as political leaders at the local and national level, implemented the vaccination mandate following the successful rollout of the COVID-19 vaccine. These measures make vaccination mandatory for many jobs in the public and private sectors.

There is nothing wrong with taking a shot if one chooses. The problem is when people are forced to get vaccinated because the government says so.

Many private sector workers were fired because they refused to comply with the orders of their employers. A Supreme Court decision to suspend enforcement of the Biden administration’s clean vaccine or test mandate for large private firms provided some relief. Those working in the public sector, unfortunately, did not get the same relief. First responders, once hailed as heroes, were now ground zeros who lost their jobs. In Massachusetts, Gov. Charlie Baker fired 300 state troopers, while Boston Mayor Michelle Wu tried to lay off police and firefighters, only to be blocked by an appeals court ruling against Wu’s decision. Many of those rejecting vaccination cited genuine religious exemptions, which were quickly rejected.

Religious exemptions have become enemy No. 1, especially among some Massachusetts lawmakers. State Rep. Andres X. Vargas, D-Horrhill, introduced H2411, which would have eliminated the religious exemption for vaccinations for school-aged children, even though only 1% of Massachusetts families now use it. Attempts to pass S1517 and H2271, an act promoting community immunity, were also made by Vargas and state Sen. Rebecca Rausch, D-Norfolk, Bristol and Middlesex. The move would make it possible for any doctor to vaccinate a minor without parental knowledge or consent. Any private day care, preschool, school or school-related extracurricular activity (“Covered Program”) shall allow immunizations in addition to those approved by the Massachusetts Department of Public Health. Will allow any covered program to deny religious exemptions for vaccinations. And it would require that DPH accept all medical waivers.

These proposed pieces of legislation never saw the light of day due to protests, advocacy and lobbying by HealthChoice 4 Action MA, a parents’ group that advocates for parental health choices for children. Vaccinated and unvaccinated Americans campaigned in Massachusetts and across the country against vaccination mandates that infringe on religious freedom. The war was won in many cases, but in others it is still going on. Without strong defenses, we risk losing our basic liberties.

Long after the pandemic is over and COVID is gone, we won’t forget the serious assaults on Americans’ rights.

Rashid Walters is an entrepreneur, political commentator and historian. He is a member of Project 21, and lives in Boston. Follow him on Twitter @rasheednwalters.