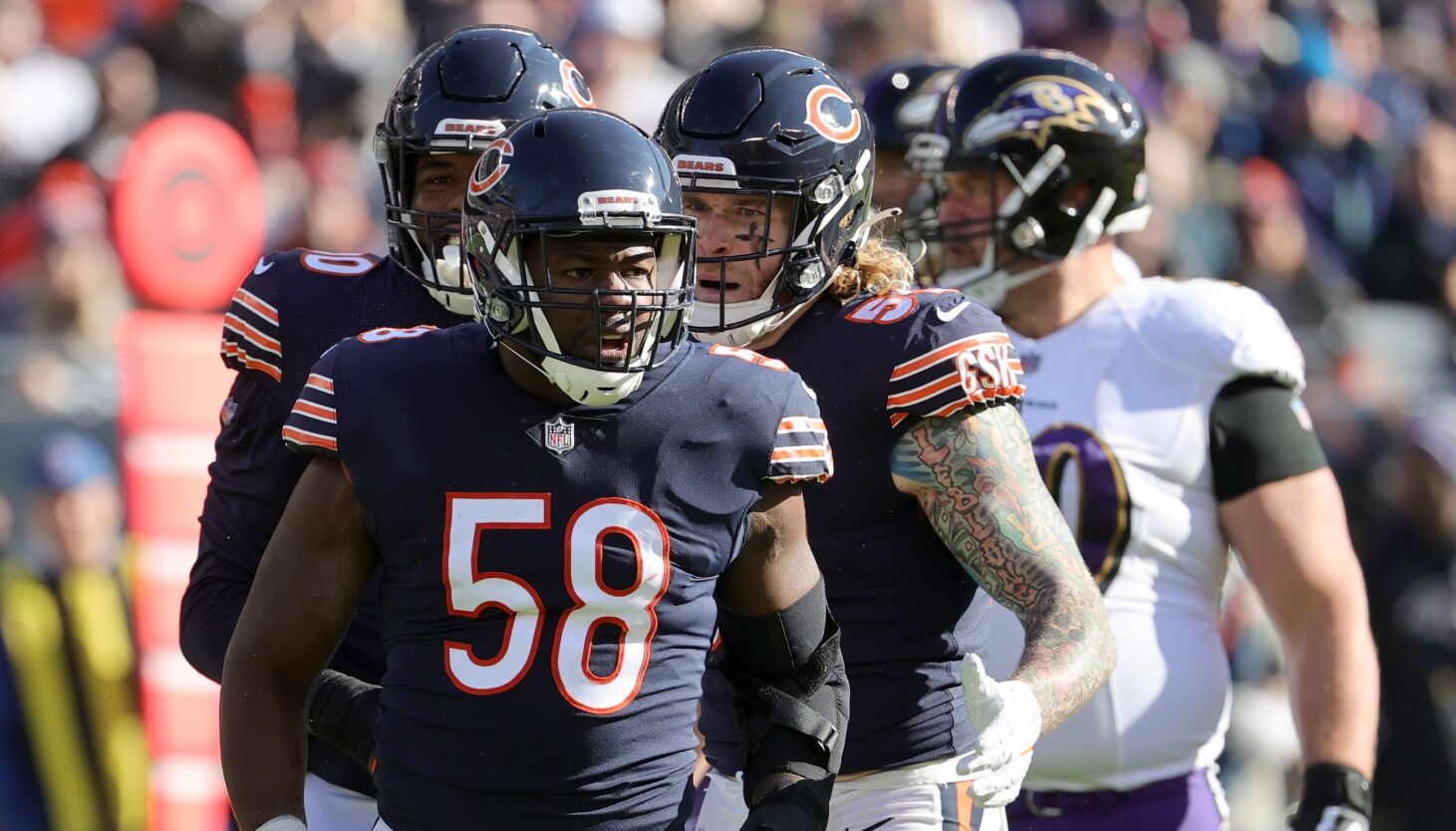 Bears general manager Ryan Paul, who came into the job with eyes wide open, has struggled in his first six months on the job:

A deal with his top free agent target — defensive tackle Larry Ogunjobi — fell through. Three players were arrested in the offseason. The Bears were suspended during OTAs for violating offseason practice regulations. Police fired famed director of player engagement “Soup” Campbell, reportedly while Campbell was on vacation. Defensive end Robert Quinn sat out of offseason practice and is in question for the opening practice of training camp.

But Roquan Smith’s potential holdout on stalled contract negotiations is the one that threatens to leave the biggest mark. It’s one that won’t blow up and won’t be forgotten if it ends badly.

Polis acknowledged that on Tuesday when he addressed the elephant in the room at his opening press conference to kick off training camp. He wasn’t waiting for someone to show up.

“I want to resolve the Roquan Smith situation,” Paul said at the end of his opening remarks. “My feelings for Roquan don’t change at all.” I love the player and the person and that will not change.

“One thing I’ll ask everybody here — I know I’m going to get a lot of questions and I’ll get to it. I’m not just going to talk about contracts and all that. I’m going to make sure Wish we had addressed it though in terms of my feelings for him — nothing has changed.

As it turns out, Paul awkwardly answered some questions but didn’t add anything else that sheds light on Rokan’s situation. He said he was told Rokan was at Halas Hall, but did not know if Rokan would participate in practice, or be a “hold-in” — a player who reports to the facility to avoid fines. But does not practice.

“I don’t know what his intentions are,” Polis said.

The Rokan situation has put the police in a quandary. Chicago takes its linebackers seriously and while it’s sometimes hard to keep the good ones happy (Brian Urlacher, Lance Briggs), it’s worse when they’re gone (Wilbur Marshall).

For Bears fans, signing Roquan Smith to a long-term extension is a no-brainer. He’s been one of the best inside linebackers in football since going eighth overall in 2018 — a second-team All-Pro selection the past two seasons. He had a career-high 163 tackles last season. And he’s 25, entering his career.

But this is a little different from Paul’s point of view. For one thing, he knows what Rokan is asking for. And if Smith wants to beat the five-year, $98 million extension that Leonard signed with the Colts last offseason, it’s not unreasonable for Polls to go wild.

That might explain the impasse, but at some point, the Bears will have to make a deal (barring some trade offer they can’t refuse). Roquan Smith is a low-risk big-ticket player. Unlike Eddie Jackson, who was unlikely to repeat the five touchdowns and 16 takeaways he was largely responsible for over a four-year, $58.4 million extension that made him the highest-paid safety in the NFL in 2020. Made, Smith is very likely. As productive as he has been over the next four or five seasons. And perhaps even better in the same Aberphiles defense that turned Leonard into a takeaway machine.

Maybe that’s what the police are waiting to see. But this may turn out to be a chance he will have to take. Bears fans will miss Larry Ogunjobi and “Soup” Campbell. They won’t forget Rokan Smith.