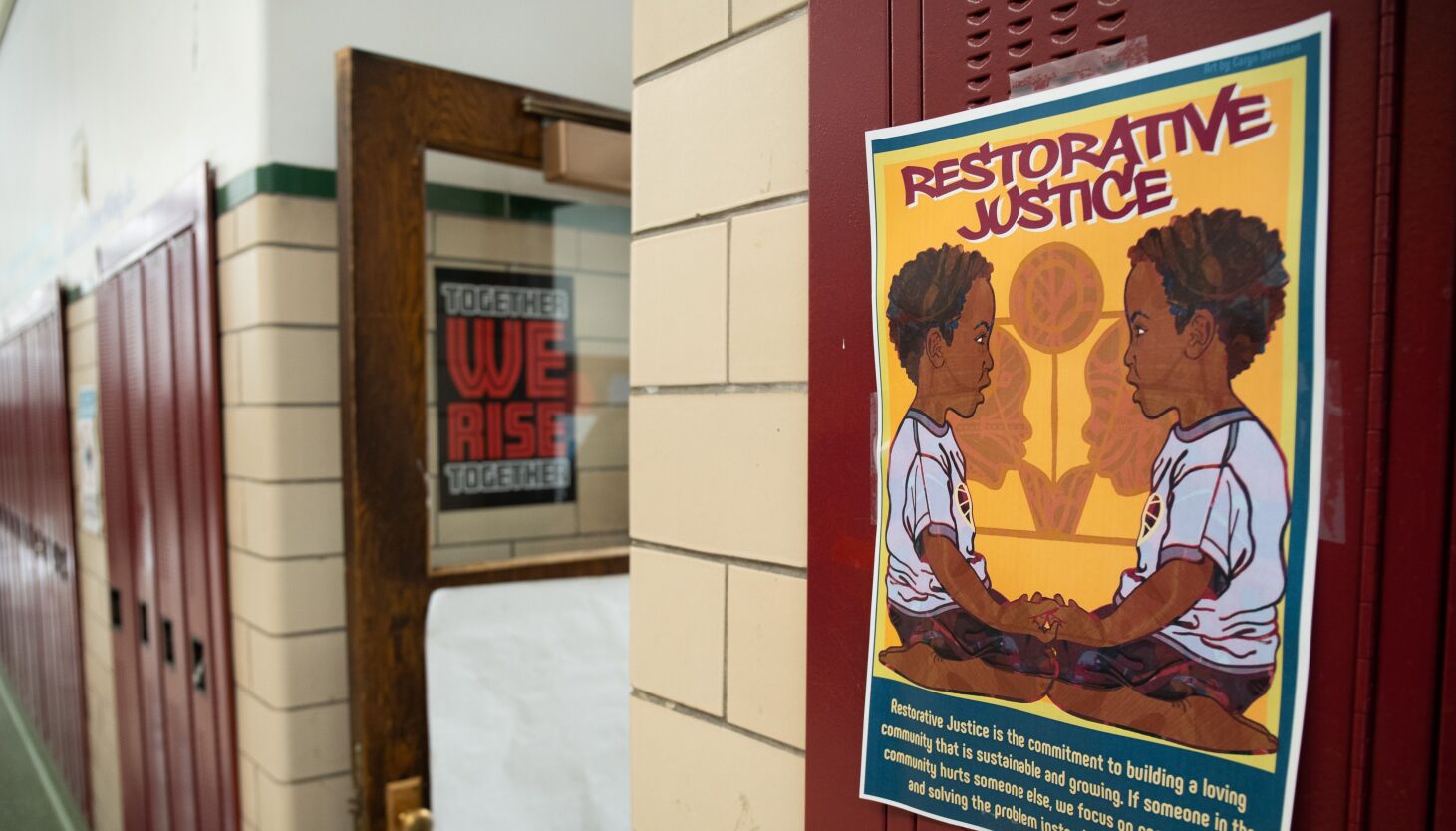 The Chicago Board of Education is scheduled to decide this week whether to spend $10.2 million on a new contract with the Chicago Police Department, which wants uniformed officers in schools for at least one more year.

The policing program at CPS has undergone major changes over the past two years after mass protests called for officers to be removed from schools — and scrutiny has decreased as the pressure has led to reforms.

Students and activists have long said that black and Latino children have been turned over to the police because of routine dissent and juvenile behavior. Children are then sent out of the classroom and into the criminal justice system, which research has shown leads to worse outcomes in school and life.

Five community organizations that were part of the movement to end the school-to-prison pipeline in CPS partnered with the district to establish a process through which school communities could develop alternatives to policing. Since then, the number of officers assigned to CPS schools has been cut by more than a third, their roles have been greatly reduced, and payments from CPS to CPD have dropped to less than $33 million in 2020. .

However, the practice of one city agency, CPS, paying another for its services remains controversial. The contract includes officers’ salaries and “fringe benefits” for 176 school days. The district has faced criticism over the years for funding the year-round salaries of police officers.

CPS spokeswoman Mary Fergus said there had been “no discussion about keeping the CPD funding” program.

Meanwhile, the shift from punitive to restorative justice – away from arrests and suspensions to dialogue and peace circles – is a work in progress. The Sun-Times and WBEZ reviewed the work in progress earlier this summer, with schools reporting mixed results.

Schools last year shifted $3.2 million back to policing alternatives such as deans, security guards and mental health programs, and more money is expected to be allocated to those efforts this year.

A total of 41 of CPS’ 91 schools still had police officers this past school year, and their local school councils voted last month whether to keep them in the fall. One school chose to remove both officers, while 17 will continue with two full-time police officers, and 23 will have just one.

District officials are asking the board of education to vote at its monthly meeting Wednesday to renew the CPD contract at $10,166,587 for one year. The contract will run from the beginning of September until the end of August 2023, and CPS and CPD will have two one-year renewal options.

Officers will be screened for placement in schools and must have an “excellent disciplinary history.” The Principals shall have the right to reject any officer and call for other candidates. And cops must undergo CPS training on restorative methods. interactions with students with disabilities and special education; youth crisis intervention; implicit racial bias; and more.

According to new rules introduced last year, policemen are not supposed to be involved in student discipline. Their purpose is only to respond to emergencies that put students and staff at risk, such as a shooter incident.