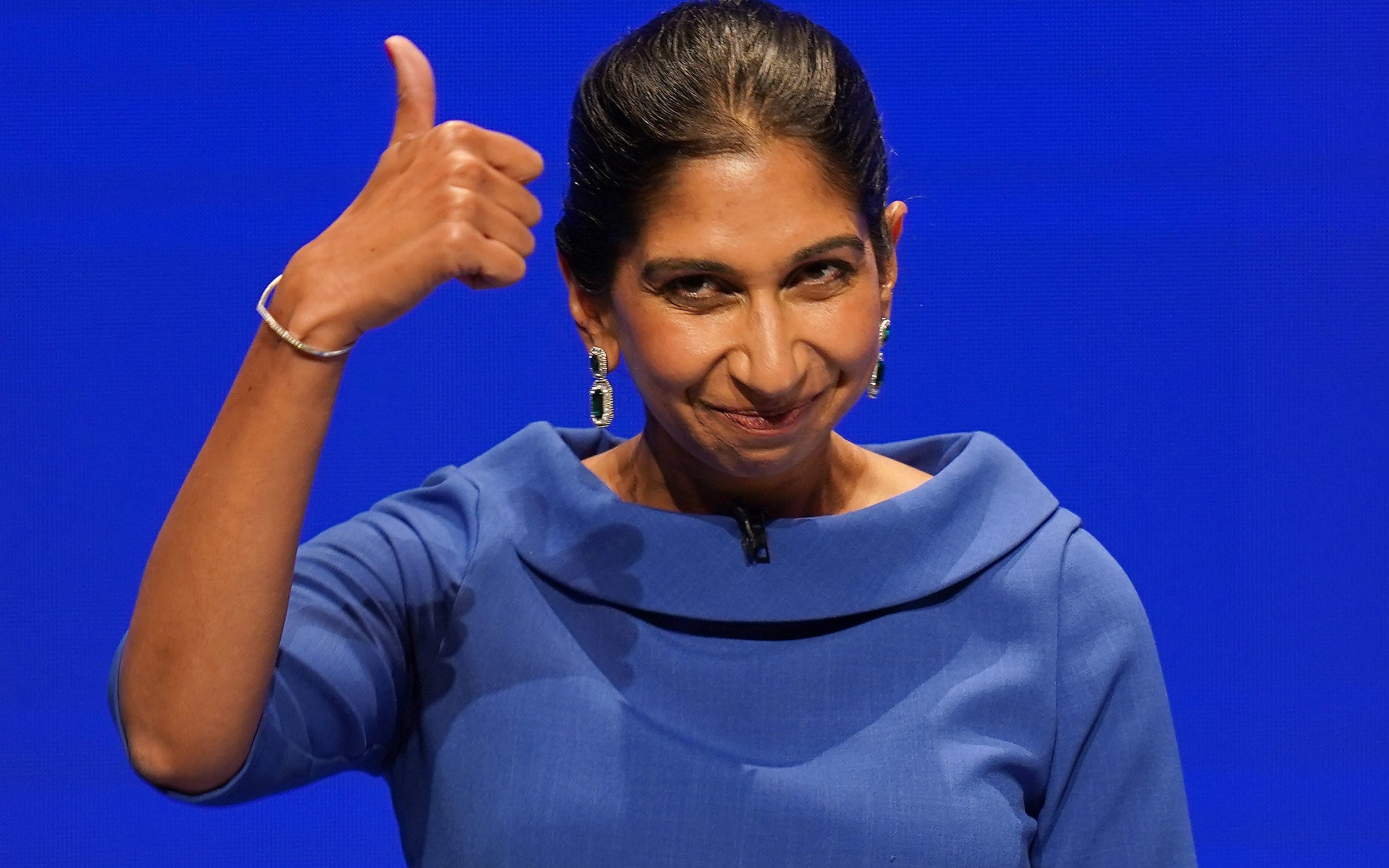 Sylla Braverman has backed Rishi Sunak to replace Boris Johnson as the next Conservative leader, saying now is not the time for “ideas”.

In an exclusive article for OlxPraca, the former home secretary urged fellow Tory MPs not to be “squeamish” over who they think should lead the country.

Ms Broerman says Mr Sink, the former chancellor, is the only candidate who can unite the party with all its disparate factions.

The endorsement is a big boost for Mr Sink, given that Ms Braverman is a leading figure on the right of the Tory party who backed Liz Truss over Mr Sink in the summer.

The article also confirms that Ms. Braverman will not seek the leadership herself after days of considering joining the contest.

“Yes, I want a leader of our party and our country to inspire hope for a better future and lift our spirits. And I need a leader who will put our house in order and keep a steady, watchful hand on Taylor. That person, for me, is Rishi Sank.

“We are in a fundamentally different world from 2019. What the country needs more than anything now is stability. Until recently, the Conservatives had an inexhaustible sense of their ability to govern wisely in difficult economic times. Attrition was record. We must rebuild that reputation – the future of our party depends on it and our country expects it.”

Looking back on the days of ‘Bolly’ Johnson with sentimentality

Ms. Braverman’s support is significant as a rising figure on the party’s right wing. Mr Sink is seen by colleagues as a moderate.

Ms Braverman also became the latest Brexiteer to back Mr Sink this weekend, a blow to Mr Johnson, who sees Brexit as one of his biggest achievements in office.

Ms Braverman, who served as attorney general in Mr Johnson’s cabinet, opened her speech by praising the former prime minister and saying he was the right choice as party leader in 2019.

But she goes on: “However, it would be absurd to look back on those days with sentimentality. Today, the country is in the grip of another crisis. People are worried about their livelihoods, how they will pay their bills and mortgages. “Whether they keep their jobs. Our economy is damaged. Trust in politics is low. Our Conservative Party is divided and headed for extinction.”

She later adds: “We need a prime minister who can draw on the support of the wider Conservative family. Someone who can work meaningfully with others is, perhaps, a different shade of blue.

“I am ready to work with colleagues in the national interest, even if we have disagreed in the past.

“We need to move beyond Leaver or Remainer. One Nation or ERG; Party Right or Party Left; Wets or Thatcherites. Now, we all need to compromise and unite as hopeful and capable Conservatives. One person can make this team: Rishi Sanak.

Ms. Bowerman’s endorsement is especially important given her political position and Mr. Sink’s efforts to convince colleagues that he can unite the party after months of civil war.

During her run for the leadership earlier this summer Ms Braverman became a rallying point for Conservative MPs on the right of the party who were opposing Mr Sink.

In that bid, he called for stricter controls on immigration, for Britain to withdraw from the European Convention on Human Rights, and to strengthen political correctness.

Ms Broerman ended support for Ms Truss and was appointed home secretary, but the pair fell out over Ms Truss’ hopes of issuing more visas for foreign workers to boost economic growth.

Ms Braverman resigned last week after the Tory MP’s policy papers on immigration were leaked. He used his resignation letter to urge Ms Truss to resign.

His endorsement follows other leading Brexiteers coming in for Mr Sink later this week.

This summer another Tory leadership contender, Kemi Badenoch, who is on the far right of the party, backed Mr Sink over Mr Johnson.

Other Brexiteers to do so this weekend include Sir Geoffrey Cox, Theresa Villiers, Steve Baker, Lord Frost, David Davis and Steve Barclay.