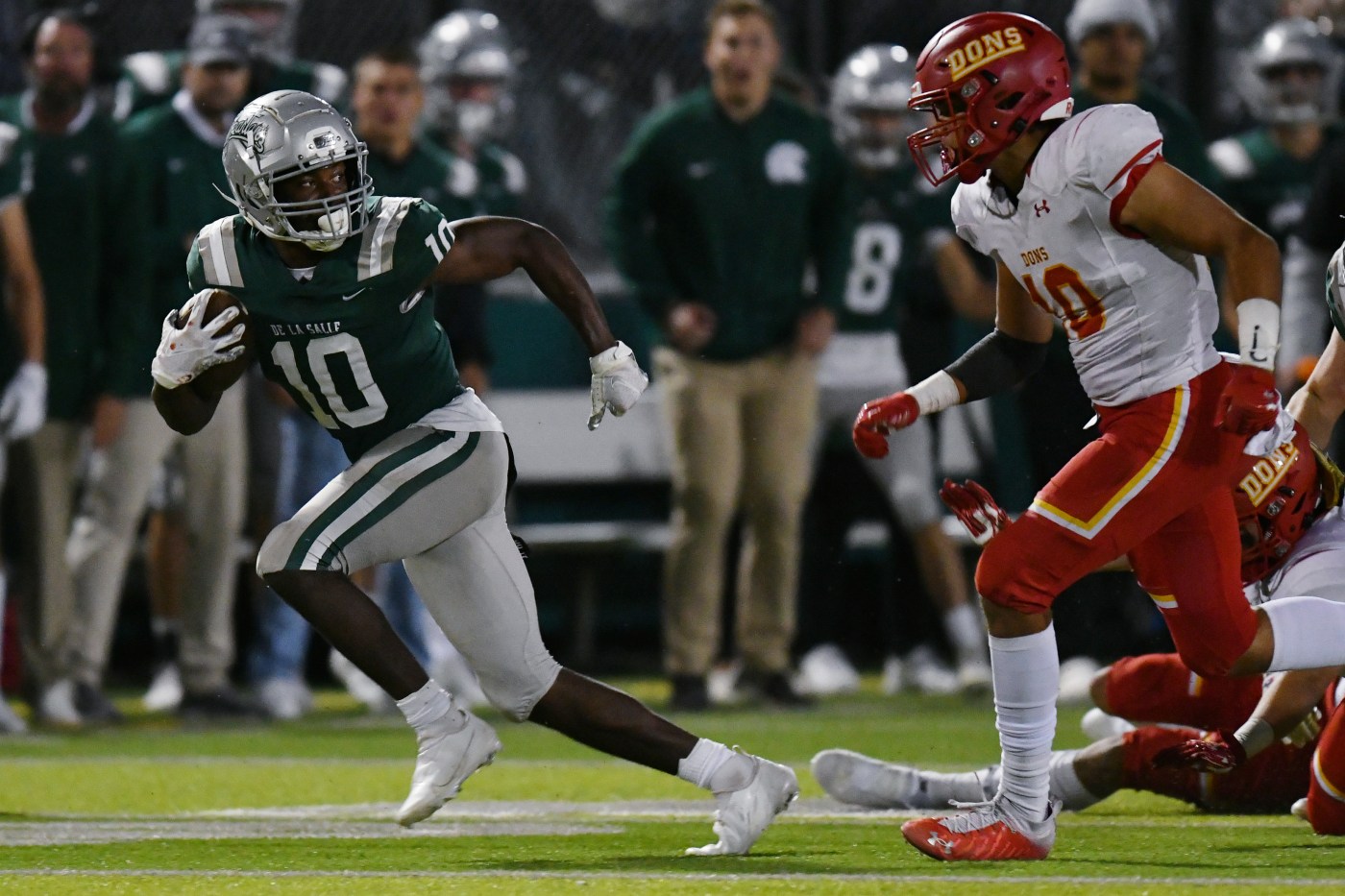 This is the first time in 30 years for a regional rival after a historic loss last week – the Spartans won a statement 49-21 against Cathedral Catholic, one of the top teams in the San Diego section.

“If we had played like last week, they would have beaten us,” Alombagh said.

Alumbaugh gave the Spartans an attitude check for virtually the whole week.

“We felt we had to collect the basic (explicit),” said linebacker Domini Perkins.

Initially, it seemed as if the cathedral could send the Catholic Spartans to their second straight loss – something that has never happened since Elumbagh took over the program in 2011.

Quarterback Luke Drummon threw an interception that led to the Don’s first touchdown. The Spartans were 14-0 up at the end of the first quarter, when Cathedral made 12 appearances for their second score.

But the game changed in an instant.

It could have been Charles Greer Jr. pushing past defenders on one of his 19 quick attempts of 237 yards. Or it could be a McCoy or a Zackberry that returns one in three interceptions.

In just 5 minutes of play time, de la Salle turned a 14-7 deficit into a 28-14 advantage and never looked back.

McCoy landed with a pair of interceptors who scored the first half.

The Spartans had just one play’s four scoring drives – three touchdowns that ran through interceptions as well as an 80-yard touchdown.

Check back for updates.