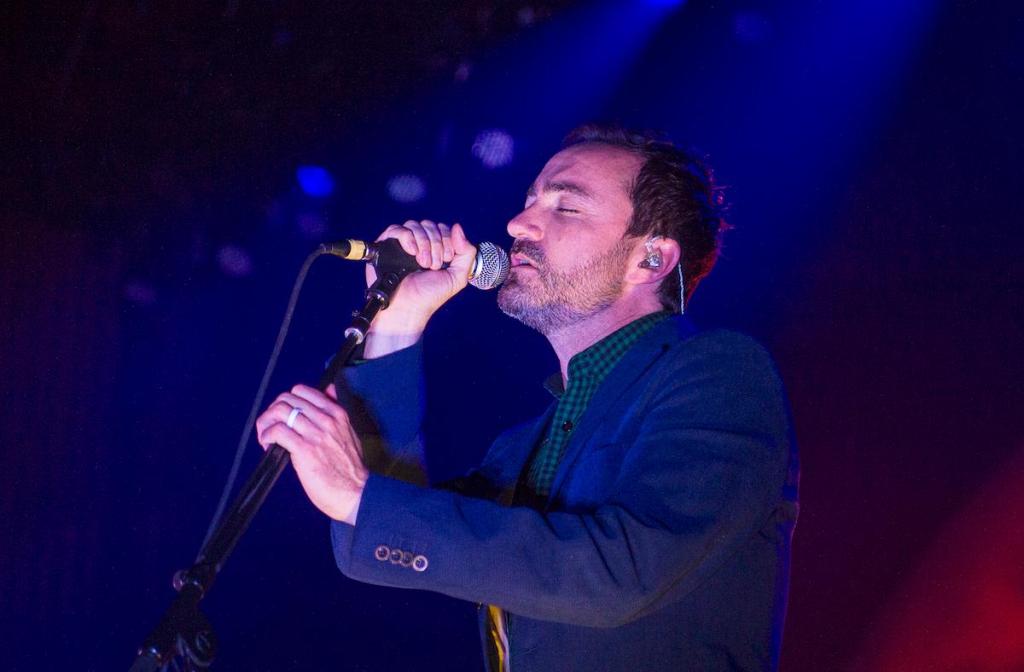 When Shins leader James Mercer decided he wanted to celebrate the 20th anniversary of his band’s seminal album, “Oh, Upside Down World,” he did so with plenty of notice.

“I brought it up with (record label) Subpop for the 10th anniversary, because I really wanted to remaster the record,” Mercer, 51, said by phone from his home in Portland, Ore. “We never got around to it, so when we got close to the 20th anniversary I started them even earlier — like on the 18th.”

Mercer desperately wanted to enhance the album’s “base-level” sound, which saw a relative silence at radio with other songs, such as The Arcade Fire’s “Wake Up”. He may not have been satisfied with the record’s homespun feel, as compressed and lo-fi as it may seem in hindsight, but it electrified music fans and critics at the time.

The bubbly lyrics and sultry, vulnerable performance on “Oh, Inverted World” sent the band on national tours and spawned the massive single “New Slang,” a favorite of Natalie Portman’s character in the 2004 rom-com “Garden State.” Known as the song. (See Portman slipping her headphones over Zach Braff’s ears, thus “changing his life”).

The Shins have since released four more albums of varying import, with Mercer on vocals and songwriting. But there’s no recapturing the moment when the then-Albuquerque-based act went from unknowns to indie darlings. To celebrate, Mercer and The Shins are touring the album nationally on what’s now its 21st anniversary — delayed until now, of course, by the pandemic — including Tuesday, July 26. has stopped at Red Rocks Amphitheater.

The songs will appear in their more muscular versions in concert, as they have over the years as the band has moved from venues like the 550-capacity Bluebird Theater to the 3,900-capacity Fillmore Auditorium. Mercer’s high, vulnerable vocals and earworm melodies also flourish in Broken Bells, a project he created with producer Danger Mouse.

A popular, acclaimed and live touring band in their own right, Broken Bells has featured a more sampled, studio-born side of Mercer’s creativity since their 2010 inception. Broken Bells also released their latest single last month to announce new album “Into the Blue,” which has a release date yet to be determined. That might seem like a lot of activity in one summer, possibly too much, but Mercer is taking each project thoughtfully on a song-by-song basis.

“What happens is that every song wants to be something else, so I work hard to make it to its fullest,” he said. “I haven’t noticed any changes in my vocal technique or anything, it just changes every time a new song comes out.”

As with many musicians who wish they could go back and redo their first albums, it’s not about the songwriting, but the production. Mercer said he’s learned a lot since then and, for the past eight years, has been recording his own music in his barn studio.

“There were a lot of bands coming out at the time with records and stuff recorded on four-track (cassette machines), so it can sound a bit distant,” he said of “Oh, Upside Down World”. “I definitely wasn’t trying to do that. I was just trying my best, and if I had my way it would sound like ‘Ocean Rain’ or one of those Echo and Bunnyman records. .

Despite its widescreen aspirations, the intimacy of “Oh, Inverted World” is a big part of what makes it a success. While garage rock revivalists such as The Strokes and The White Stripes and The Vines were cranking out the distortion, The Shins were shining their gems, surprising listeners with compact ideas and complex melodies amidst brilliant melodies. had been Mercer hopes the new remaster of “Oh, Inverted World” hits the low end appreciably — including the drums, which he recorded poorly with a cheap microphone, he said — but he doesn’t count on that. What could have happened?

“When we put it out, I couldn’t feel satisfied with it, because it was like I left it,” he said with a laugh. “But there are always things you can nitpick.”