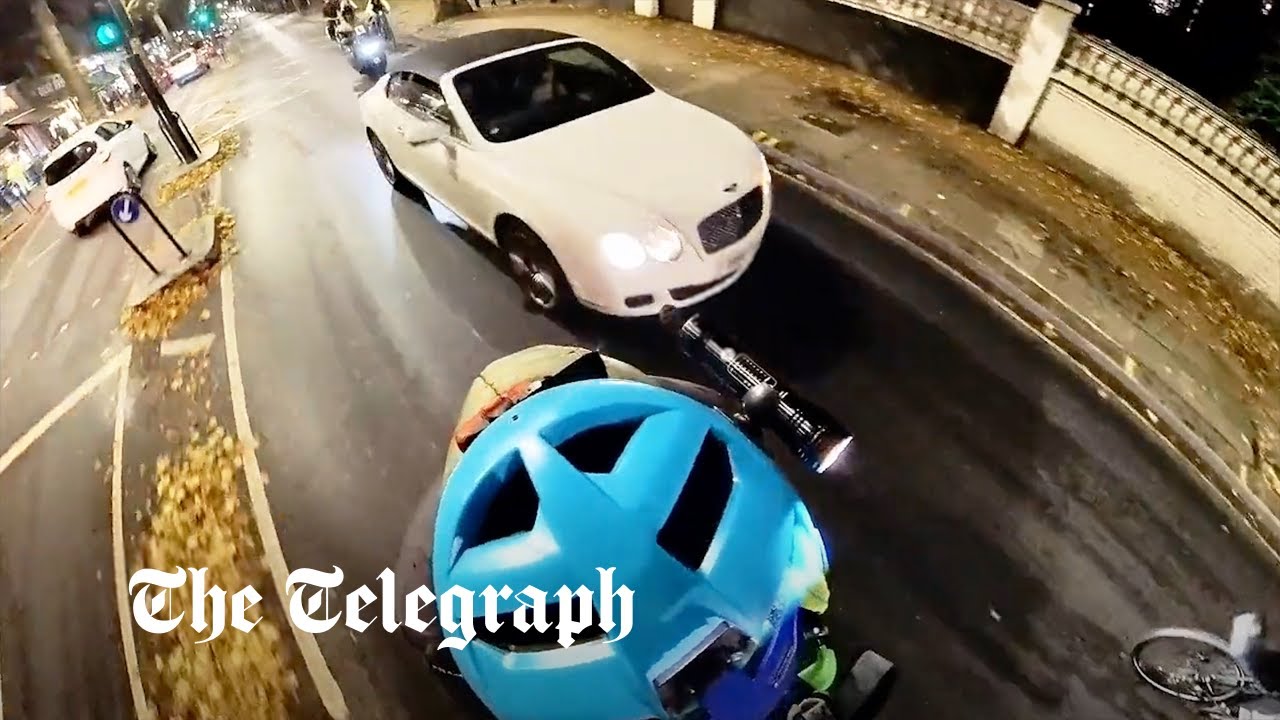 BBC presenter Jeremy Vine was called a “d—” by a Bentley driver in Kensington during his recent cycling row.

The Radio 2 DJ regularly updates his followers on altercations with drivers, and films his commute to work in London.

And in a sleek production on Wednesday morning, he detailed his run-in with a Bentley convertible driver which he captioned: “Kensington – where bad roads and bad drivers meet.”

It shows Mr Wynne swerving at traffic lights in front of a white luxury car, and wearing a blue helmet, remains in front of the vehicle as other cyclists stick to the left hand side of the road.

The Bentley driver blows his horn.

Mr Wynne speculated that he believed the driver might be angry at being boxed in by cyclists in west London.

The driver then passes the presenter in the inside lane, which Mr Wynne described as a “classic ‘pension pass'”, claiming it was because the motorist was “crossed” with him. .

The Bentley then backs out in front of Mr Vine, which he describes in the video as “pointless” on a road with no cycle lanes.

At a red light, the BBC personality pulls over to confront the driver, saying: “Oh, you’re quite a dangerous driver, man.”

The driver, pointing to the inside lane, responds: “You’re in the wrong lane, why aren’t you in this lane?”

Mr Wynne asked him: “Why do you think you have the right to overtake me just because you’re in a car?”

The driver’s response is: Because you intentionally drove in front of me and into the wrong lane. Get in the bloody cycle lane.”

The video shows that there are no cycle lanes on this road in Kensington.

Mr Wynne then asks: “What are you talking about? Why are you driving dangerously?”

The Bentley driver, who is carrying passengers, says: “I drive as I want. You don’t own the road, believe it or not.”

Dropping down to eye level so the motorist could see Mr Wynne’s recording device, the BBC presenter then asked: “What do you mean ‘drive the way you want’? What do you mean by that?” Is?”

The driver then grabs his hand, rolls down his window, and delivers the line: “My name is Paul, and you’re a d—.”

With that, the green light appears and “Paul” pulls away.

The video ends with a conversation with the man, who Mr. Wynne describes as Italian, as they discuss reporting the driver.

The caption at the end of the clip reads: “This is why Kensington scares the crap out of me on my bike.

“Please be kind to people on bicycles – we won’t stop you for more than a few seconds.”