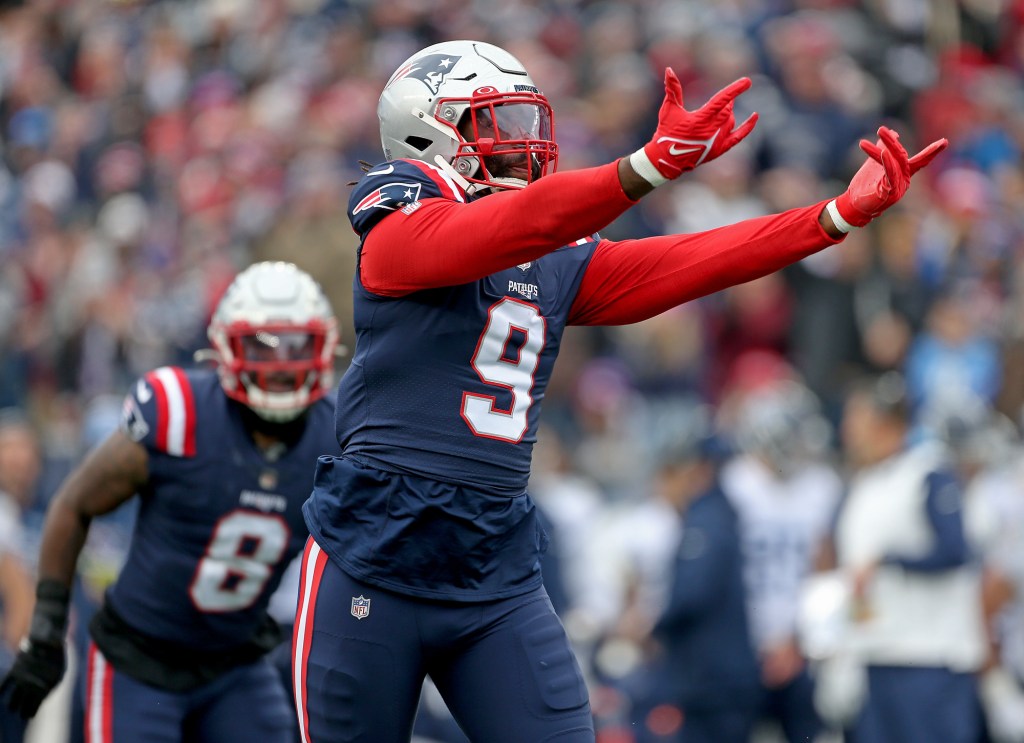 FOXBOROUGH — In a team meeting before the Patriots’ final game against the Ravens, Bill Belichick ran down Baltimore’s roster, describing its strengths and weaknesses, style of play and notable players.

Then, he stopped at Matt Juden.

“This guy is a problem,” Belichick declared.

He added that Jodon had to be blocked. Every picture. It was the first step for a depleted Patriots offense preparing to bully the physical and favored Ravens in mid-November 2020.

This weekend, Juden eluded Patriots blockers often enough for three tackles, including two for loss and a sack. But the Pats escaped with something else: a 23-17 upset amid monsoon-like rains.

This week, Juden has been in the meeting room while Belichick has been courting his old team. He insists, though, that facing the Ravens means nothing more than any other Sunday.

Patriots defensive tackle Carl Davis, who started his career in Baltimore from 2015-17, isn’t quite in the same camp. Davis remembers the healthy hatred that flowed between the two franchises, how former Ravens pass rusher Terrell Suggs fueled it, even when Davis sat on injured reserve for the 2016 regular-season meeting. was

Davis explained that the Suggs rivalry, which needed no explanation in the heat of the 2009-2015 rivalry, stemmed from recent playoff losses. To Suggs, the Patriots were the single biggest obstacle in Baltimore’s way of establishing his dynasty. Instead, the Pats reintroduced themselves to what Davis described as a similar “championship mentality.”

“Both teams had won the Super Bowl before. It was, ‘We want to be the top dog,'” he said. “And for them for so long, it (the Patriots) kept them from multiple Super Bowls. But there is mutual respect.

Davis also remembers the moment Belichick pulled Juden out in a 2020 team meeting. He laughed to himself. Davis and Juden go back, before they were teammates in Baltimore from 2016-17. As a college freshman, Juden roomed with one of Davis’ best high school friends at Grand Valley State.

On Thursday, wearing a Grand Valley State sweatshirt at his scheduled press conference, Juden offered his recollection of what it was like preparing to face the Patriots in the past.

“You knew who you were playing,” Juden said. “You knew the heritage, and you knew all the culture and tradition that the Patriots have. And I think it’s the other way around. You understand who the Crows are?”

It’s who the Ravens are, Juden later explained of his smooth transition in the Pats’ locker room. His time in Baltimore was not unlike what he experiences daily in Foxborough: accepting teammates, a demanding style of football and, as he described it, a “winning culture.”

This week, Baltimore has once again been drafted as a street favorite in Gillette. The Ravens are 1-1 behind tied Lamar Jackson, who leads the league with an average of 14 yards per completion. His career numbers in two meetings with the Patriots are also impressive: 72 percent completion percentage, 412 yards, three touchdowns, one interception, 116 rushing yards and two rushing touchdowns.

The Patriots must put pressure on Jackson to beat Baltimore. Jackson, as much as Juden was before, is the problem now. Solving this starts with Jodon, who may not come out of the same healthy hatred that Saugus, a patron, once did, but certainly from other aspects of his game.

Now, it’s time to apply those same lessons to the side.