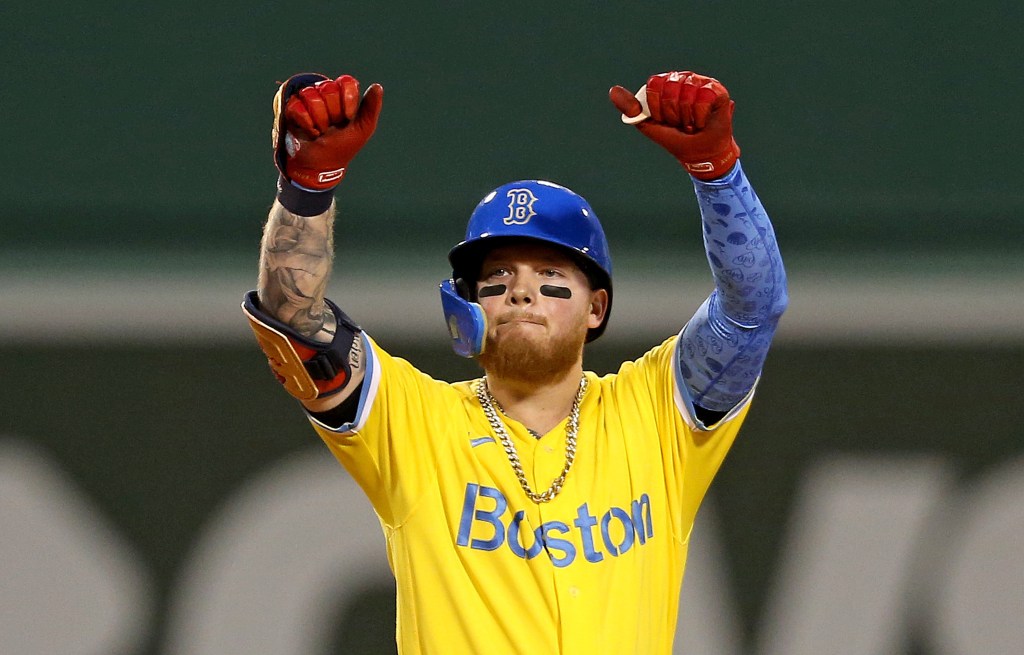 The Red Sox aren’t dead yet.

On the brink of their first losing streak longer than five games since their last-place season in 2020, the Sox bounced back with a much-needed 3-1 victory over the Cleveland Guardians on Monday night.

It wasn’t the best game they’ve ever played, but it was a clean one, their first in a week, and a necessary one on their way to salvaging their season before next Tuesday’s trade deadline. It was the first step.

1. The Red Sox made no mistakes.

The Sox have snapped six straight games with one error. They had lost five of them and let poor defense be the calling card of their rapidly sinking season.

With an MLB-high 19 errors in July, the Red Sox are out and have made things even more difficult on a pitching staff that is missing three starting pitchers and has only three relievers they can rely on. can.

But they made all the plays Monday night, and took advantage of some poor defense on the other end.

With Rob Refsnyder on first base and the game tied 1-1 in the sixth, Alex Verdugo lifted a fly ball from the Green Monster that fed Cleveland left fielder Steven Cowan, who misread the ball over the wall. And then tried to fall on the ground. follow him. Refsnyder scored first and Verdugo moved to second with the go-ahead double.

The Red Sox haven’t been able to buy a decent outing from a starting pitcher over their last six games entering Monday. Sox starters have allowed 29 earned runs in 22 innings (11.86 ERA) in that span.

Nick Pivetta was also going through it with a 13.50 ERA in his previous start.

But he looked great Monday, tracking his fastball that touched 97 mph and averaging 94 mph, slightly up from his previous start. He produced seven whiffs on his fastball, four more on his signature curveball, and one more on his slider.

More importantly, he was moving the ball around with ease, using curveballs high in the fastball count and keeping a tight Guardian lineup off balance all night.

Pivetta pitched 5 2/3 innings, striking out six and walking three, allowing just one run on an infield single in the fifth.

3. Garrett Whitlock makes the save.

John Schreiber has been the go-to reliever for Alex Cora to fill the gap late in innings, and he did it again Monday night when Schreiber pitched his high six to clean up the sixth inning and throw a scoreless seventh. -Used 90’s heaters and funky arm slots. .

Cora then turned it over to Whitlock, who had allowed just one hit in four scoreless innings since returning from the injured list on July 15.

He had pitched an inning on Sunday night, but Cora felt comfortable going to him on nights and Whitlock made it easy.

He whiffed in the eighth, then surprisingly went back for the ninth, despite the Sox’ typical closer, Tanner Hawk, warming up in the bullpen.

Whitlock pitched a 1-2-3 ninth for his second save of the year and first since April 19.