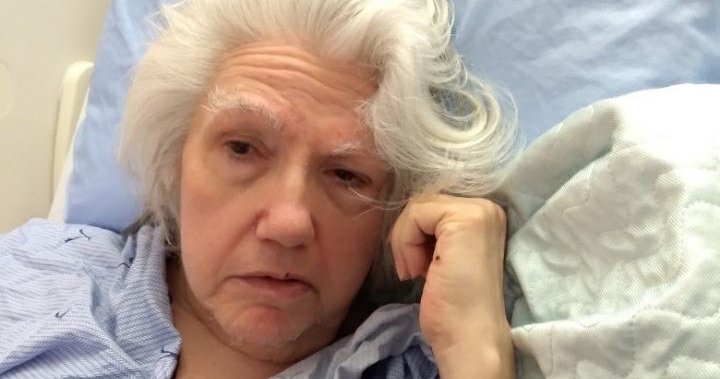 A New Brunswick man says his wife’s nine-month hospital stay while waiting to be placed in long-term care had long-term health effects because hospital staff didn’t have the time to properly care for her. There was no time.

Frank Darlow of Shediac said his wife, Reba Sully, was first admitted to Moncton Hospital on Aug. 12, 2021, when it became clear that her dementia had progressed to the point where she could become violent.

She only moved in mid-May 2022 when a spot opened up for her at the Villa Providence residence in Shediac.

He alleged that his wife was confined to her hospital bed for most of her nine-month stay, wearing only a hospital gown because the staff did not have the resources to dress her. were

“They told me to bring her clothes home. She wasn’t going to get dressed in the hospital again. … She was in a hospital gown from day one … for over nine months. They told me it was very difficult to get her dressed.

He claims that because he spent so much time lying down, he now needs a wheelchair, which he didn’t before his hospital stay.

She said that now that she is in a special care home, her condition has improved to the point where she can get out of bed dressed every day.

She said she often smiles when she looks out the window, something she couldn’t do when she was in a hospital bed.

“I’ve never seen someone happy to be in a wheelchair … just to be out of bed. She can’t walk. They told me she’ll never walk again. But I think they’ve given her that.” Took away the enjoyment she could get from life.

Darlow is searching for answers about the quality of his wife’s care at the hospital.

He said he received a verbal apology from Krista Wheeler-Thorne, the hospital’s executive director, at a meeting last week.

“In general, feedback from meetings with families gives us the information we need for continuous improvement,” said Horizon Health Network.

“Horizon’s patient representative services provide information, support, encouragement and support to patients, families and staff at all of our facilities throughout the patient’s healthcare experience.”

The Office of the Child, Youth and Seniors Advocate declined to comment, as a spokeswoman explained that it cannot comment publicly on any file that may or may not be subject to an investigation.

The New Brunswick Association of Nursing Homes did not return OlxPraca’ request for comment.