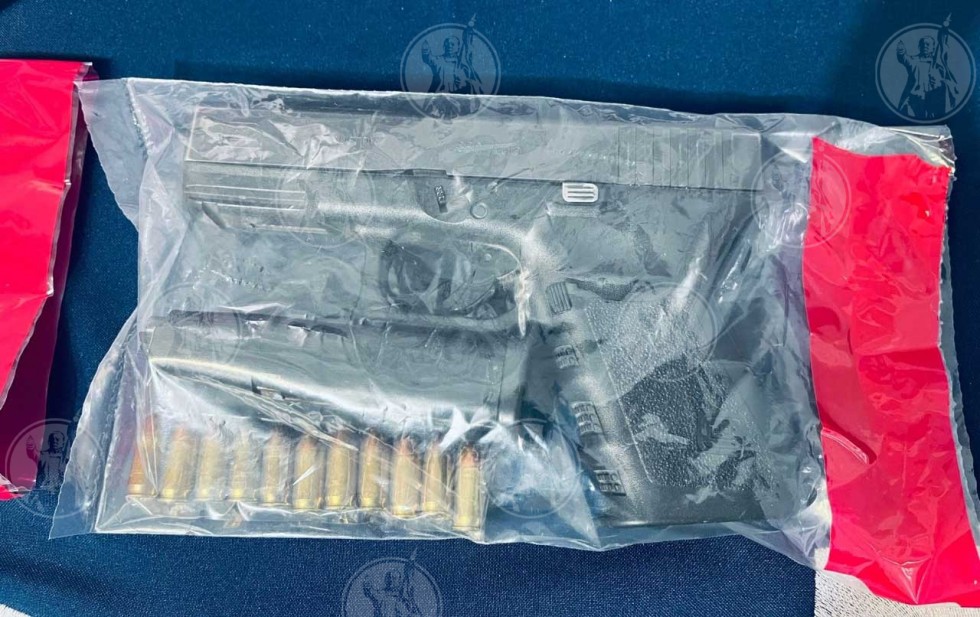 Juarez City- Municipal police located and secured an abandoned firearm and bullets in the Kilometer 5 neighborhood, said Adrián Sánchez Contreras, a spokesman for the Ministry of Public Security.

A pair of agents carried out surveillance tasks on Boulevard Óscar Flores Sánchez and on Jesús M. Ríos Street, where they noticed a black backpack a few meters from the asphalt paste, it was announced.

They stopped the march to carry out an inspection and realized that inside the backpack there was a .380 caliber pistol with eleven useful cartridges, detailed the corporation.

There was also a magazine stocked with the same number of useful 9mm cartridges, which is why it was protected and handed over to the corresponding authority, the spokesperson added.