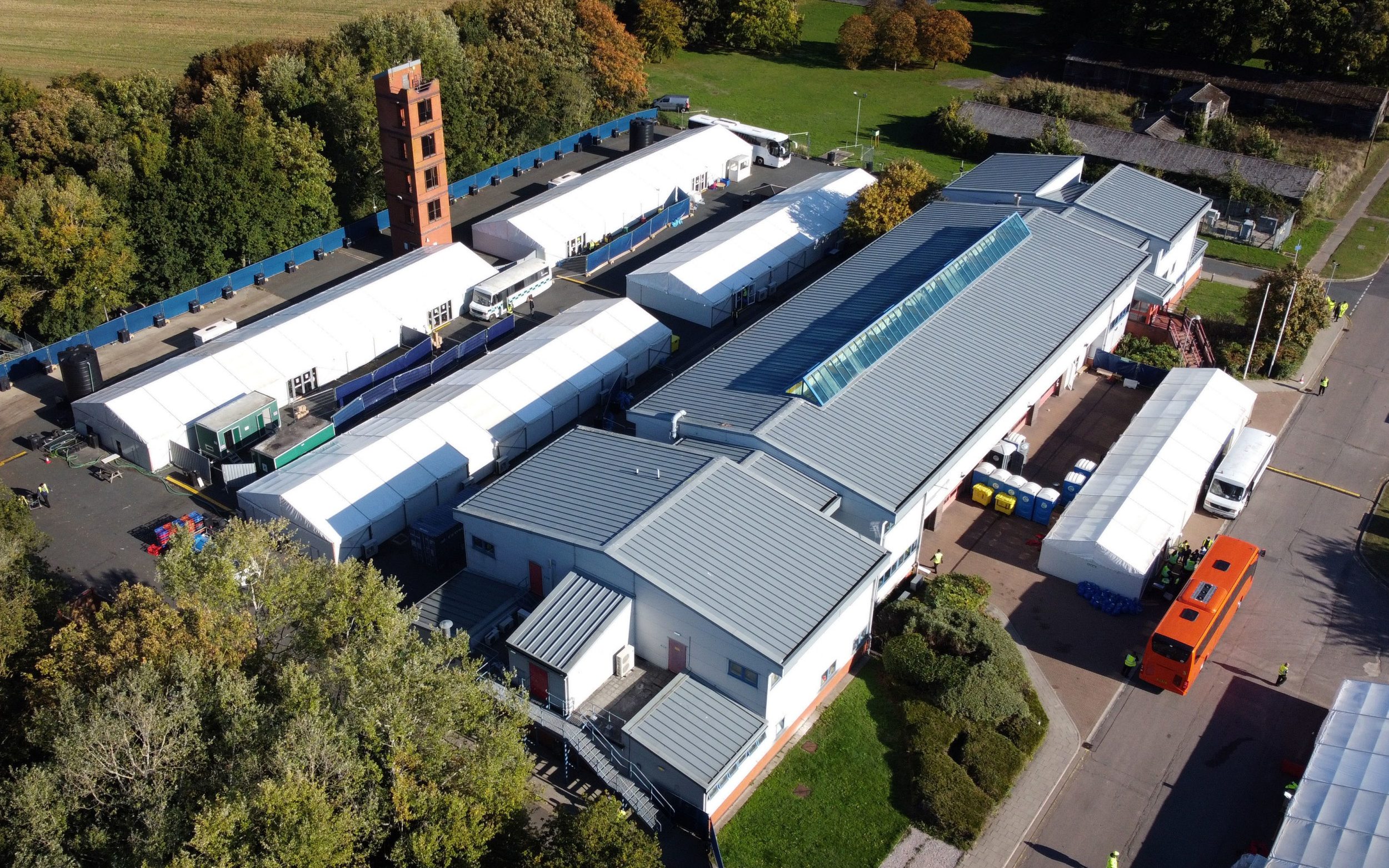 The Border Force Union has warned that 3,000 migrants, including children, are being held illegally in inhumane and overcrowded conditions.

Professional officer Lucy Morton of the ISU union, which represents Border Force officers, said the Manston processing center in Kent was designed to hold 1,000 Channel migrants for just 24 hours but actually held around 3,000 for up to four weeks. was kept

He said overcrowding, boredom and frustration on the part of the refugees was leading to “scuffles” between himself and staff and outbreaks of low-level violence, which officers were not legally covered for.

Ms Morton said the union had sought assurances from the government that Border Force and immigration enforcement officers were not acting illegally on both cases but had received no response from the Home Office.

Speaking to BBC Radio 4’s Today programme, Ms Morton said: “The people there, both contractors and immigration staff, have no training as prison officers or in public order situations and yet intervene on a daily basis. Being asked for.

“The migrants are not being kept in humane conditions, they have no enrichment, they have nothing to do, they are bored, they are frustrated and understandably they are talking to each other and to us. It is not like that. It is their fault that they are in this situation.

“To be fair, it’s not the fault of Border Force or immigration enforcement. There’s no housing up there so we can’t move them.”

More than 38,000 people have crossed the Channel in 900 boats this year, compared to 28,526 last year. Most migrants who make the crossing are taken to an asylum processing center about 20 miles from Dover at Manston Airport in Kent.

However, the number of immigrants held at a short-term facility while they are being processed exceeds capacity, and some are staying as long as a month, despite staying for a maximum of 48 hours.

On Wednesday, Borders and Immigration Chief Inspector David Neill said conditions at the processing center were poor. He visited the site on Monday and said it was no longer safe.

He told the Home Affairs Committee that what he saw left him speechless and was writing to the Home Secretary with his concerns. Neil said: “I spoke to an Afghan family that was in a marquee for 32 days. So it’s in a marquee. . . with cut-mats on the floor, with blankets, for 32 days.

“It’s a really dangerous situation. It’s failing to deal with risk. . . . There are risks in terms of fire, in terms of deterioration, medically and infectiously.

Ms Morton said: “There are two points as to whether the facility is mission justified. It’s a short-term holding facility. It’s for 24 hours, not four weeks. It’s for less than 1,000. There’s about Not for 3,000.

“But they are being asked to use them in a public order context that goes beyond the powers given by the Asylum and Immigration Act.

“We have sought immediate clarification that the staff are being deployed legally but at every turn they are being told, ‘No, we will find out. We will tell you later.'”