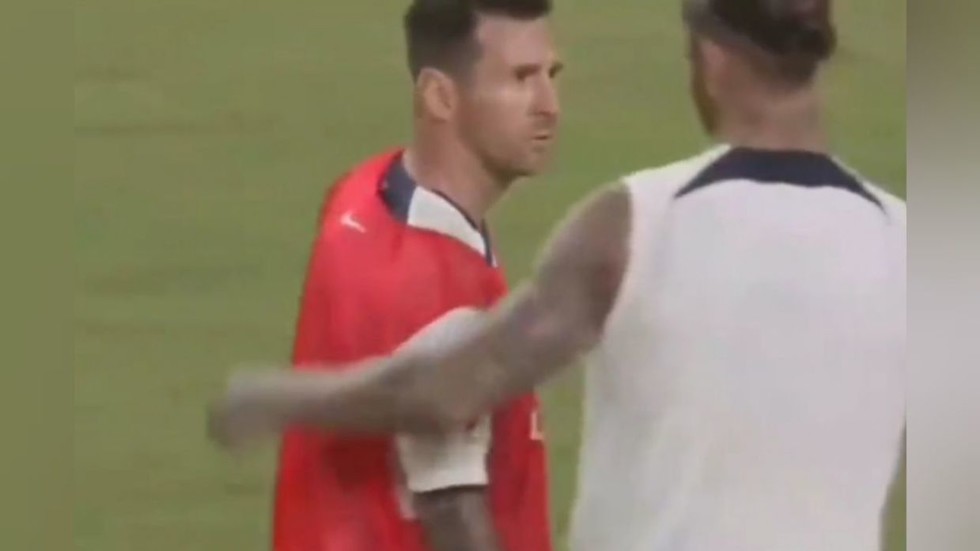 You can take them out of Spain but the Barcelona-Real Madrid rivalry lives on in Paris, if video footage of Lionel Messi taunting his long-time rival-turned-teammate Sergio Ramos is to be believed.

Messi, who traded Barcelona for the French capital last year, and Spanish legend Ramos have been central to the El Clasico rivalry between La Liga’s two most successful football clubs for more than a decade.

But the pair were forced to put their differences aside a summer ago when both arrived in France after incredibly successful spells at the clubs where they made their names.

According to footage that has gone viral online after PSG’s 6-2 thrashing of Japanese side Gamba Osaka, there is some testimony left between the two superstars.

The short clip shows the pair on opposing teams during a training exercise, with Ramos clipping Messi’s heels as he drives at goal. The Argentine icon initially doesn’t react as he approaches goal and flicks the ball into the back of the net but soon turns to Ramos and, well, looks like he can shoot. …

The Spaniard doesn’t budge though and gives his partner a conciliatory pat on the head for his troubles.

The two PSG teammates, brought together by fate, have a long history. In 2010, Ramos was sent off for a horrific tackle on Messi from behind while playing for Real Madrid – prompting the normally cool-headed former Barca captain Carles Puel to remonstrate with international teammate Ramos. Persuaded.

In the 2016–17 campaign, Ramos was once again given his marching orders in El Clasico after a two-footed tackle on Messi.

The two foes-turned-allys had mended fences by the start of the game, however, as PSG defeated the Japanese side 6-2 in a game with Messi among the goalscorers.

Neymar, the world’s most expensive footballer, has also been tentatively linked with a move away from PSG this summer.

But anyone who breaks the bank to sign the Brazilian star will have to contend with the headlines that accompany his every move – the latest of which is centered around a ‘dive’ that Neymar reportedly performed during the game.

However, the player was not accepting the scrutiny that came his way after the match.

When he was accused of playing by Brazilian outfit G in what he referred to as a ‘ghost’ challenge, he responded in kind.

“the ghost.” he lamented on Twitter.”Being a GG… it’s a punishment! A bunch of people who never want to kick a ball and keep messing up.”