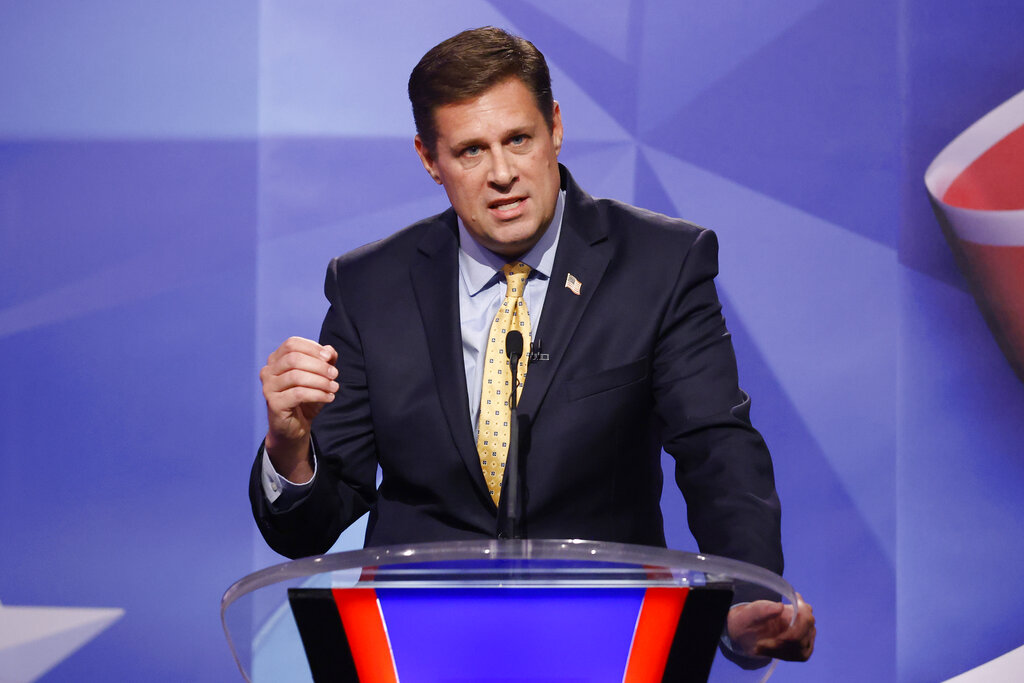 Hot on the heels of their final televised showdown, Geoff Diehl challenged Maura Haley to a third gubernatorial debate, saying the Democrat’s “radical views on important issues” had been “hidden” from voters in previous forums. had gone.

But Haley, along with her campaign, said voters have had plenty of opportunity to see her Republican opponent’s true colors in past contests.

“People have had the opportunity to hear Geoff Diehl’s very pro-Trump, anti-choice views during two televised debates,” said Krissa Hand, a spokeswoman for the Haley campaign of the Trump-backed former state representative.

“Mora looks forward to taking her case directly to voters in the final two weeks of the campaign,” he added.

The two last debated on Thursday, when they clashed over a range of issues including the environment, heating costs, a proposed additional tax on the wealthy, abortion and the outcome of the 2020 presidential election.

He said voters should be informed of his “extreme” positions on issues like the COVID mandate, issuing driver’s licenses to undocumented immigrants, and “energy policies that will bankrupt the state.”

“Maura Haley and Kim Driscoll are running a secret campaign where their radical views on important issues are being hidden from voters, I believe on purpose,” Diehl said in a statement.

According to Diehl’s campaign, Driscoll, currently mayor of Salem, declined an invitation to debate his opponent for lieutenant governor, Leah Allen.

His campaign said the Oct. 24 WBZ radio debate was the only one Driscoll and Allen had agreed to, and Driscoll did not return calls to reschedule.

“If Kim Driscoll is going to avoid the debates, I believe the only way for voters to know where Haley and Driscoll really stand is for Maura Haley to debate me a third time,” Diehl said. Is.”

Driscoll’s campaign did not respond to a request for comment.

The election is on November 8.