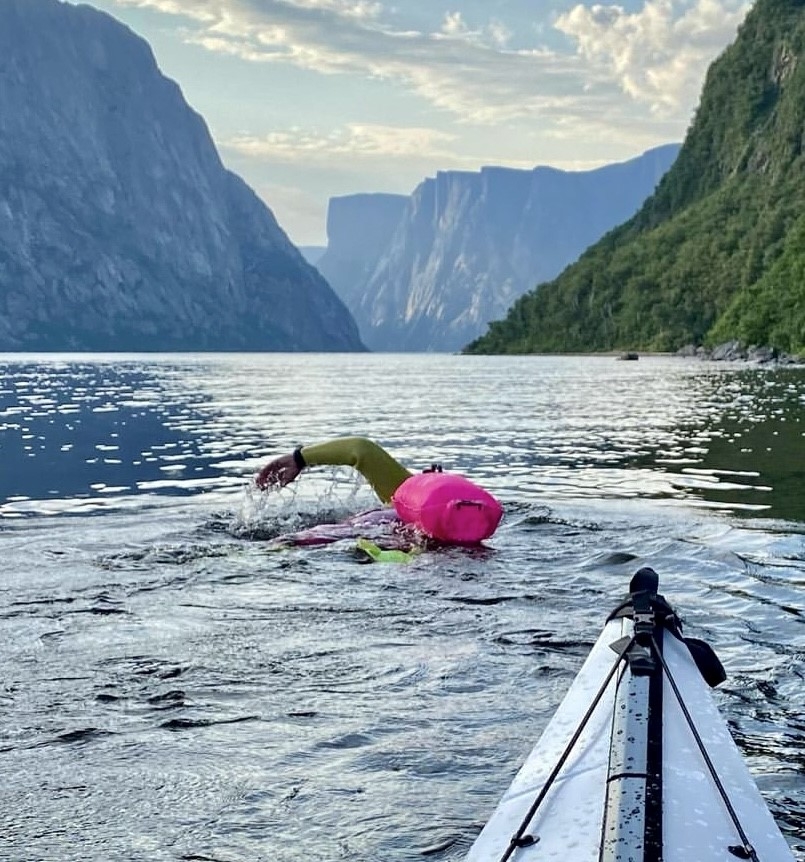 Famous adventurer Justin Fornell loves splashing in the water as much as the next guy.

So he will be swimming from Canada to Greenland this week.

Athlete, explorer, writer and cultural spy — best known as a host. Of Obscure and unexplored on the Science Channel — joins General Aviation pilot Wesley Archer on a historic expedition that will test his endurance and willpower: the Great Arctic Swim.

Fornell plans to be the first person to swim the Norse Strait, which is 40 kilometers long between Canada and Greenland. The project is a four-year labor of love that helps shed light on climate change and the cultural damage that accompanies it.

The men will be accompanied and guided by Inuit hunters.

The arctic adventure will be captured by respected filmmaker Emiliano Ruprah for a future documentary, so that everyone can finally witness the epic undertaking.

The team flew from New York on Aug. 7 in a single-engine plane, stopping in Iqaluit and en route to remote Arctic Canada.

From there they made the perilous crossing of the Greenland Strait.

After arriving in Qanaq, the team will meet Inuit hunters who will help them swim and take the team to Pym Island in Canada – a 120-mile open water cruise.

Wesley Archer will be next to him in a kayak, carrying supplies including food and water.

An Inuit support team will also be nearby to house any wildlife — for example, a large Greenland shark, or Territorial walruses – from being too close.

In a recent interview, Fornal said he had been preparing for this epic swim for years.

“We swam about 100 miles, in very rough water, around the Scottish island of Islay, over a week.

“I really enjoyed it.”

During the Islay swim a few years ago, Farnell displayed a creativity as strong as his athleticism. He added a sample from each of the island’s many famous Scotch distilleries to the cask on his back to create a very rare blended malt.

Fornell explained that the Arctic swim was meant to be a winter project, with the typical ice bridge acting as a dam when he swam the year-round open waters of the northern water polynya.

“It was supposed to be an actual swim. You had to get there by dog ​​sled. But the ice arch didn’t form again the second year, so we have to swim now.

As he explained, Nares Strait and Baffin Bay are at the center of the consequences of global warming. The dramatic change means the loss of traditional Inuit culture and the natural environment.

“And it’s happening before our eyes,” Fornal said.

They are happy to partner with the Inuit people of Qanaq on this project.

“This is their story as much as it is the story of the water or the ice. They have been there for thousands of years and they have voices that need to be heard. They are guiding me through the swim.”

This Arctic escape is something Farnell has wanted to do for years.

“Swimming is actually a little bit further from what I want to do,” he said with a laugh.

“But the Arctic! Most of us don’t know what’s going on there. When you’re a kid you think about Santa Claus, but then – nothing.

He hopes the Great Arctic Swim will bring environmental and cultural awareness, “by focusing on a place and the people, the people who can teach us about the region.”