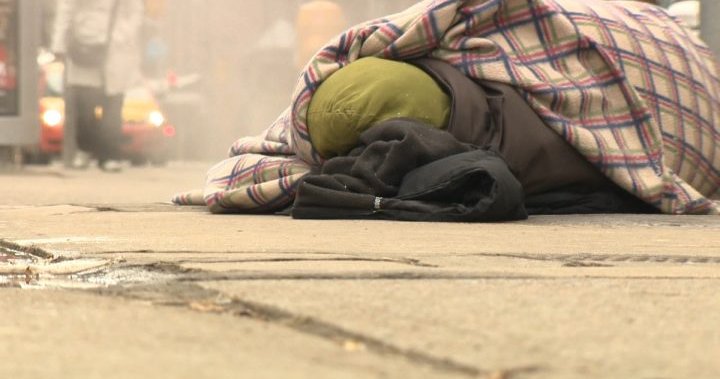 David Fineday is one of many people in the city who have experienced homelessness at least once in their lives.

“About five years ago I was homeless,” Fineday said

He was among a large crowd of people attending a community appreciation day at Station 20 West in Saskatoon. He said that more people are affected by homelessness than experts think.

Fineday said people often couch surf at a family member’s house and those who don’t are on the streets. He said he hopes the event will help people better understand the reality of homelessness in Saskatoon.

“They don’t understand how to take care of us,” Fineday said. “What kind of help do we need personally, mentally, everything, addiction, all that kind of stuff and hopefully this will help open that door.”

Fine Day still has a place to call home, but experts say homelessness is on the rise in the city.

In the last five years, the number of homeless people increased from 475 to 550. However, Fine Day believes the number is probably closer to 1,500 or more because people are too embarrassed to admit they have nowhere to live.

“We had more people this year than any other poll we’ve done in Saskatoon,” said Brenna Sych, communications coordinator for the Saskatoon Housing Initiative Partnership.

Sych said homelessness is getting worse and something needs to be done about it. He said that changes in available programs have resulted in more people taking to the streets. He said that generational trauma and addictions are also factors.

“Continuum of care is essential to helping people from initiation through finding a home and continuing care,” Sych said.

Sych said there is no apparent homelessness and there are many who are far from being homeless in a single-family emergency.