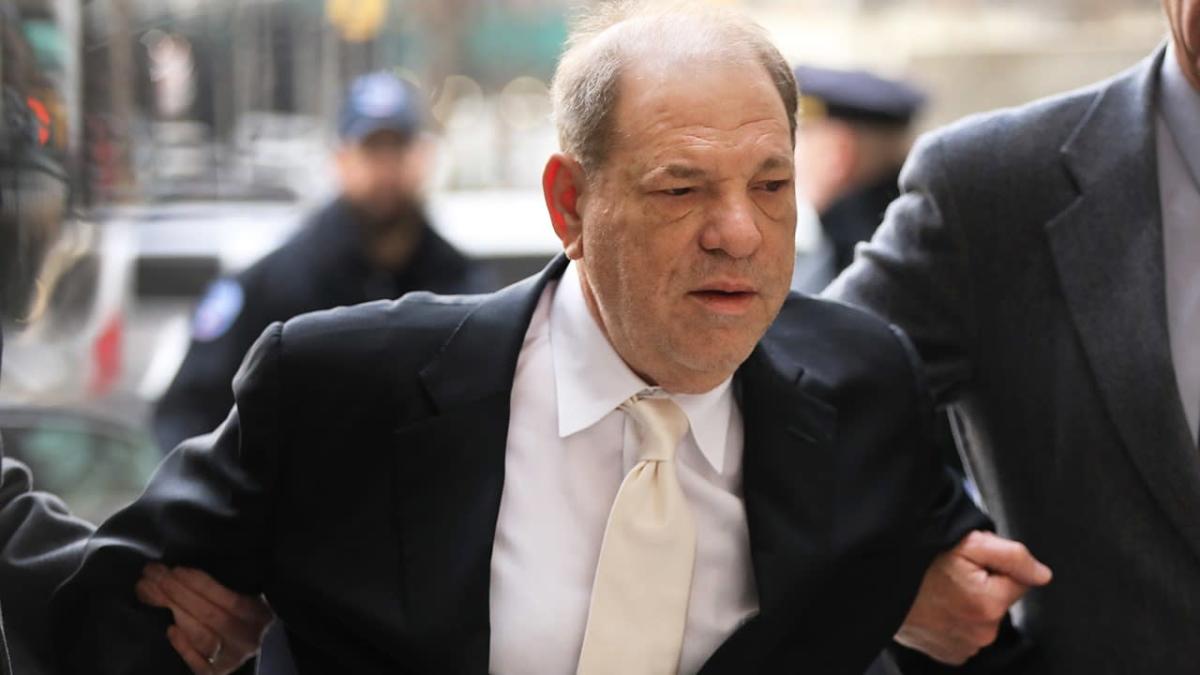 Jessica Mann stunned a New York courtroom in 2020 when she described her encounters with Harvey Weinstein – and his “very bad” hygiene.

The co-founder of the Miramax entertainment company and The Weinstein Company film studio was once one of the most powerful people in Hollywood, having produced films such as “Pulp Fiction” and “The Crying Game.”

He also became the most prominent villain of the #MeToo movement after women began to go public in 2017 with accounts of his behavior. The 70-year-old is serving a 23-year sentence after his 2020 conviction in New York for raping an aspiring actress in a New York City hotel room in 2013 and sexually assaulting a production assistant at his apartment in 2006. The jury convicted Weinstein on the charge of third degree rape, based on Mann’s disturbing testimony.

Attorneys for Weinstein did not immediately respond to Fox News Digital’s request for comment concerning the book.

In Auletta’s book, Weinstein’s alleged victims described how they found him repellent. Mann, in particular, gave graphic descriptions at a Manhattan courthouse where she claimed Weinstein smelled of “poop” and had blackheads scattered across his back with an “uncomfortable” texture. Mann claimed she witnessed his “deformed and intersex” genitalia when he raped and sexually assaulted her in early 2013. Mann also claimed he had extreme scarring, and she once found evidence that he was using a drug that would induce an erection.

“Harvey had some notion in his head that his body was attractive,” Auletta told Fox News Digital. “I remember the district attorney passed around pictures… and the jurors barely looked at them. They just showed them to the next person. They were that disgusted. They had no interest in looking at these pictures. I remember I kept looking at Harvey. He would just sit in his chair without expression. Sometimes he fell asleep.”

“[Based on the accounts], he really thought he was God’s gift, a Don Juan,” Auletta added.

Auletta said he confronted Weinstein back in 2002 over rape allegations for his New Yorker profile. Auletta said that his first impression of Weinstein was that of “a beast.”

“I came within inches of nailing him on assaulting women, but I couldn’t get any of the women to talk to me,” Auletta explained. “And he denied it. He said, ‘These are all consensual affairs.’ But when the New York Times and the New Yorker exposed him in 2017, I was applauding. However, I still had a series of questions. What made Harvey become this monster? How did he get away with this for years? Who enabled him to do this? Didn’t people know he was abusing women? Why did they keep silent about it? … I wanted to explore what happened in Harvey’s home that helped him shape who he became.”

Auletta claimed that growing up, Weinstein’s domineering mother, Miriam, would scream and shame her son in front of his friends. Her criticism would often focus on his body. In the early ‘80s, Weinstein began to pack on the pounds.

“I’m not certain what impact it had on his relationship with women,” Auletta explained. “I found no evidence that in his early years he raped women. I think that occurred after he became powerful. But people would say he was very much a replica of his mother. His friends were hesitant to stop by his house because Miriam yelled constantly. She wanted to be constantly in control and micromanaged through yelling. That was a pattern that Harvey followed when he launched his production company… He was constantly abusing people verbally.”

Still, Auletta said there’s “no question” that Hollywood, which has a dark history of the casting couch contributed to Weinstein’s behavior. As the story goes, some aspiring actresses from as far back as the beginnings of the studio system in the ‘20s and ‘30s were forced to trade in sexual favors for roles. Louis B. Mayer, who co-founded Metro-Goldwyn-Mayer studios in 1924, reportedly threatened to ruin the careers of actresses if they did not comply. There are numerous accounts from Hollywood’s golden era that imply this behavior never ended.

“One of the things that’s unusual about Hollywood is that attractive young women work in such a close proximity to their bosses,” said Auletta. “It was common over the years in Hollywood for bosses, directors, casting people and studio heads to promise roles to women in exchange for sex. Sometimes not even explicitly. It was just implicit in the relationship. But there’s a difference between the casting couch and raping women. Harvey was violently raping women… As bad as Louis B. Mayer was, [violent rape] was not a common occurrence over the years in Hollywood.”

Auletta shared that Weinstein avoided being exposed for years because many were fearful of his retaliation.

“They were afraid of challenging him and being called liars,” said Auletta. “They knew he would attack or castigate them. He had enormous power among the press… He was also willing to pay these women a sum of money to keep quiet. And as long as they signed a non-disclosure agreement, they couldn’t tell anyone… Ultimately, he had no compassion. He had no ability to understand what he was doing to women… Bob’s answer was ‘I knew he was a sex addict, I didn’t know he was raping women.’ And many people who worked with Harvey, in their defense, would say, ‘I knew he cheated on his wives. I didn’t know what happened in those hotel rooms.’ They said they didn’t know he was abusing women.”

HARVEY WEINSTEIN WAS IN LA AREA WHEN ACTRESS SAYS HE RAPED HER, DRIVER SAYS

Auletta said he exchanged “probably 25” emails with Weinstein while behind bars.

“I would send off these questions,” said Auletta. “Most of those answers were just factual. Some of them were just lies… A question that I really wanted to ask, that it didn’t get answered in the email was, ‘Harvey after you raped, let’s just say Jessica Mann, and you put your head on a pillow at night, how did you explain to yourself what you have just done?’ Didn’t answer that question. I suspect if he had answered that question, he would have said something along the lines of, ‘This was a consensual affair. She wanted something from me, a role in Hollywood, in the movie business. And I wanted something from her – sex. It was a fair trade.’”

Weinstein is jailed in California, where he was extradited last year, and is awaiting trial on charges he assaulted five women in Los Angeles and Beverly Hills from 2004 to 2013.

In June of this year, British prosecutors said they have authorized police to charge Weinstein with two counts of indecent assault against a woman in London in 1996. Police said the alleged offenses against the woman, now in her 50s, took place in July and August 1996. After revelations about Weinstein emerged in 2017, British police said they were investigating multiple allegations of sexual assault that reportedly took place between the 1980s and 2015.

Unlike many other countries, Britain does not have a statute of limitations for rape or sexual assault.

Auletta said he hopes his book will give readers a sense of who Weinstein is “as a full person, not a cardboard figure.”

“He was both a monster and a talent, both crazy and powerful,” said Auletta. “I also hope readers get a sense of how his behavior was tolerated and normalized. Because of that, there are a lot of victims out there… It was tough sometimes [to write this book]. He was an incredibly talented movie executive who made some great films, but I also wanted to punch this guy in the face… Harvey has a legacy that is diminished, but it’s not erased by this awful behavior.”

If you or someone you know is suffering from abuse, please contact the National Sexual Assault Hotline at 1-800-656-4673.