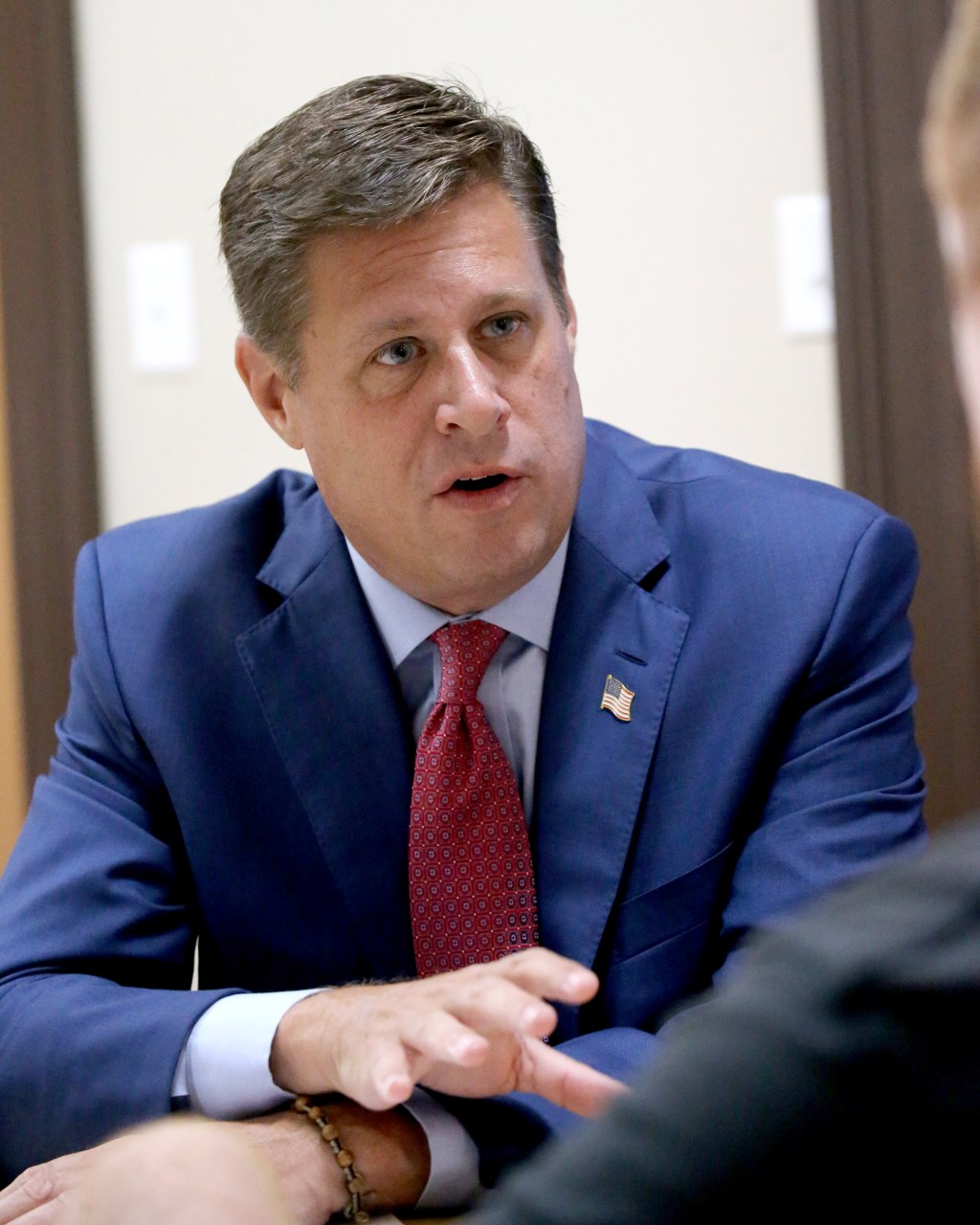 Republican gubernatorial candidate Jeff Diehl condemned the “acts of intimidation” he claimed were being directed at people supporting a potential ballot question that would allow illegal immigrants to obtain driver’s licenses. Wale will seek to repeal the new state law.

Diehl, a former state representative who supports the ballot measure, said in a statement Friday that people collecting signatures for it have been “killed, intimidated and threatened” across the state.

In some cases, he said protesters have been physically combative and tried to tear up signature papers, which he said were “unacceptable” and “simply dangerous”.

Diehl called on his Democratic opponent for governor, Attorney General Maura Haley, who supported the new law, to join him in condemning such alleged practices.

“Today, I’m calling on Maura Haley to do her job and condemn the attacks on people collecting signatures for a ballot question to repeal the law granting driver’s licenses to illegal immigrants,” Diehl said. Join me.”

“I support the right of these petitioners to exercise their political freedom free from intimidation, harassment and physical violence. I expect Maura Haley – currently our state’s top law enforcement official are – will do so despite their personal political leanings.”

Haley declined to comment through his press secretary at the attorney general’s office.

Baker has said that allowing the change would require the Registry of Motor Vehicles to issue state credentials to people who are unable to verify their identity.

The new law means that a standard Massachusetts driver’s license will no longer verify that a person is who they say they are, Baker said.

Supporters of the new law have framed the change as a matter of public safety — they say the license proves people’s ability to drive and will make the roads safer.

Diehl said in a press release Friday that he wants signature gatherers to know he “has their back.”

“They believe, as I do, that this law will significantly undermine public safety in our commonwealth and jeopardize the integrity of our elections,” he said.

Diehl’s Republican primary opponent, Chris Doughty, told the Herald on Friday that he also condemned the threat, but also took a shot at his challenger.

“No one should be intimidated into participating in the political process,” Doty said in a statement. “People have a right to have their voices heard. Such tactics do not belong in Massachusetts, the birthplace of democracy.

“However, the timing of this press release is suspect following its poor performance in the debate.”

The Associated Press contributed to this report.