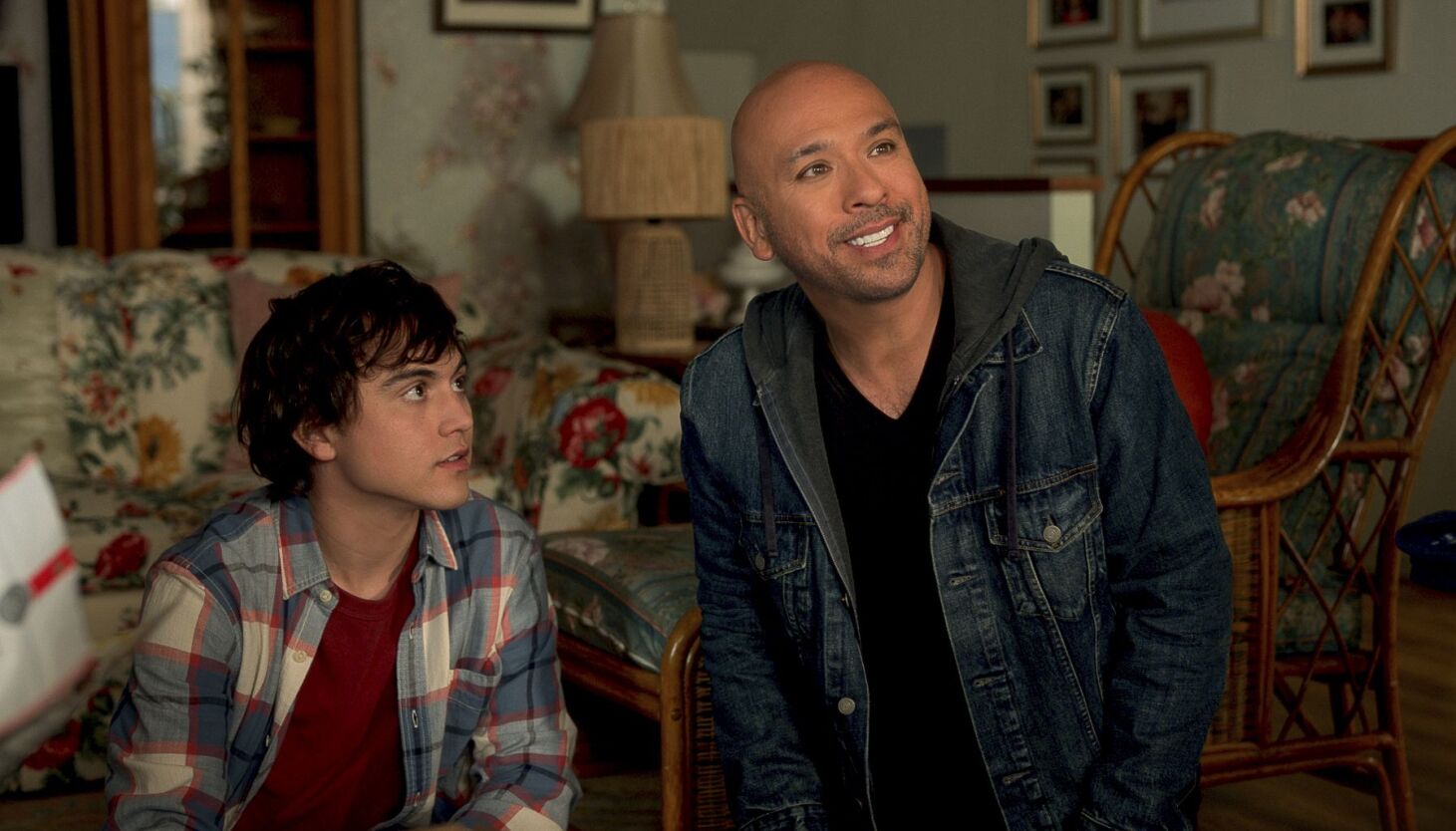 A boisterous extended clan gathers for a family vacation, with the requisite arguments, hurt feelings, grudges, inside jokes, laughter, love, reconciliation and probably a car chase, in addition to lots of food.

So familiar, so far.

What’s different about “Easter Sunday,” a delightful if overly elaborate family drama starring comedian Joe Coy, is that the extended clan is a Filipino-American family and the cast is almost all Filipino, with a few Familiar actors have finally been cast as Filipino characters. And that in itself is a welcome achievement, especially for Coy, whose life clearly resonates here and who anchors the enterprise with a winning charm. The writing could definitely be sped up and the ending is a bit of a happy ending. But it’s an undeniable step forward for representation on the big screen.

Coy clearly channels many of his own stories into this, his feature film debut, his wildly popular stand-up comedy (Jay Chandrasekhar directs from a script by Cat Angelo and Ken Cheng). He plays Los Angeles comedian Joe Valencia, who is looking for his big acting break in Hollywood — as he juggles family issues on multiple fronts, all of which come to a head on Easter Sunday. Arriving.

We meet Joe, a divorced father, on a day of competing responsibilities. Her son, Junior (a lovably nerdy Brandon Wardell), needs her presence at a school meeting to discuss mediocre grades. His own demanding mother, Susan (Lydia Gaston, imperious, demanding, loving and needy), calls constantly, making sure he’s on track for Easter celebrations. And he’s auditioning for a sitcom — something that will take him beyond the beer commercial where he’s famous for the line, “Let’s get that party started, baby!”

Joe (unsurprisingly) misses the school meeting but auditions, only to be told they love him but want a “half-Filipino accent” – even though it’s an accent he has. do not have. “This show just wants a funny-voiced Filipino,” he complains to his agent, who tells him to just suck it up and do the accent. (The agent is played with a wink by director Chandrasekhar as a guy who always goes suspiciously through tunnels and loses his cell signal.)

Easter Sunday arrives, and Joe travels from the California coast to Daly City and the Filipino-American neighborhood where his mother and his sister, Teresa (Tia Carriere, who says this is her first Filipino role in a 40-year career). , are each. Holiday meal planning. They are also arguing about something. It doesn’t help that the two women arrive at church wearing the exact same outfit (yeah, that old joke.) What’s even funnier is their fierce competition over balikbayan boxes full of gifts to send to family back home. Is.

As the holiday festivities quickly progress and Joe tries to keep his sitcom prospects alive, several subplots come into play. One involves Joe’s lovable but less-than-sane cousin Eugene (Eugene Cordero) and his ill-advised business ventures, which bring him and Joe into a potentially deadly conflict with gun-toting gangster Delux (Aasif Ali). And bring them together, perhaps with Filipino-American star Lou Diamond Phillips, playing himself.

There’s also a brief run-in with the law during a car chase, the law being none other than Tiffany Haddish, in a cameo as Vanessa, an ex of Joe’s with an ax to grind and, now, A policeman’s badge.

Haddish, not surprisingly, is quite funny. A criminal gang subplot that detracts from more human themes is less welcome. Speaking of humanity, the lovely Eva Noblezada portrays it beautifully as Tala, a romantic interest for Junior – a confident young woman who teaches the LA-raised boy some of the values ​​surrounding family. Shows what she has learned in Daly City.

If you’re a Broadway fan, you may know Noblezada from “Headstown,” in which her prodigious singing talent, teased here for a few seconds, is on full display. (Couldn’t they have given him more bars?) Noblezada’s spontaneous delivery makes his scenes stand out in a film that relies heavily on broad comedy overall. A church service stand-up routine seems particularly compelling.

And yet, one can’t help but leave with a smile. Food, family, a big karaoke scene … and a spotlight on the underrepresented immigrant community in Hollywood. There are worse ways to spend 96 minutes.