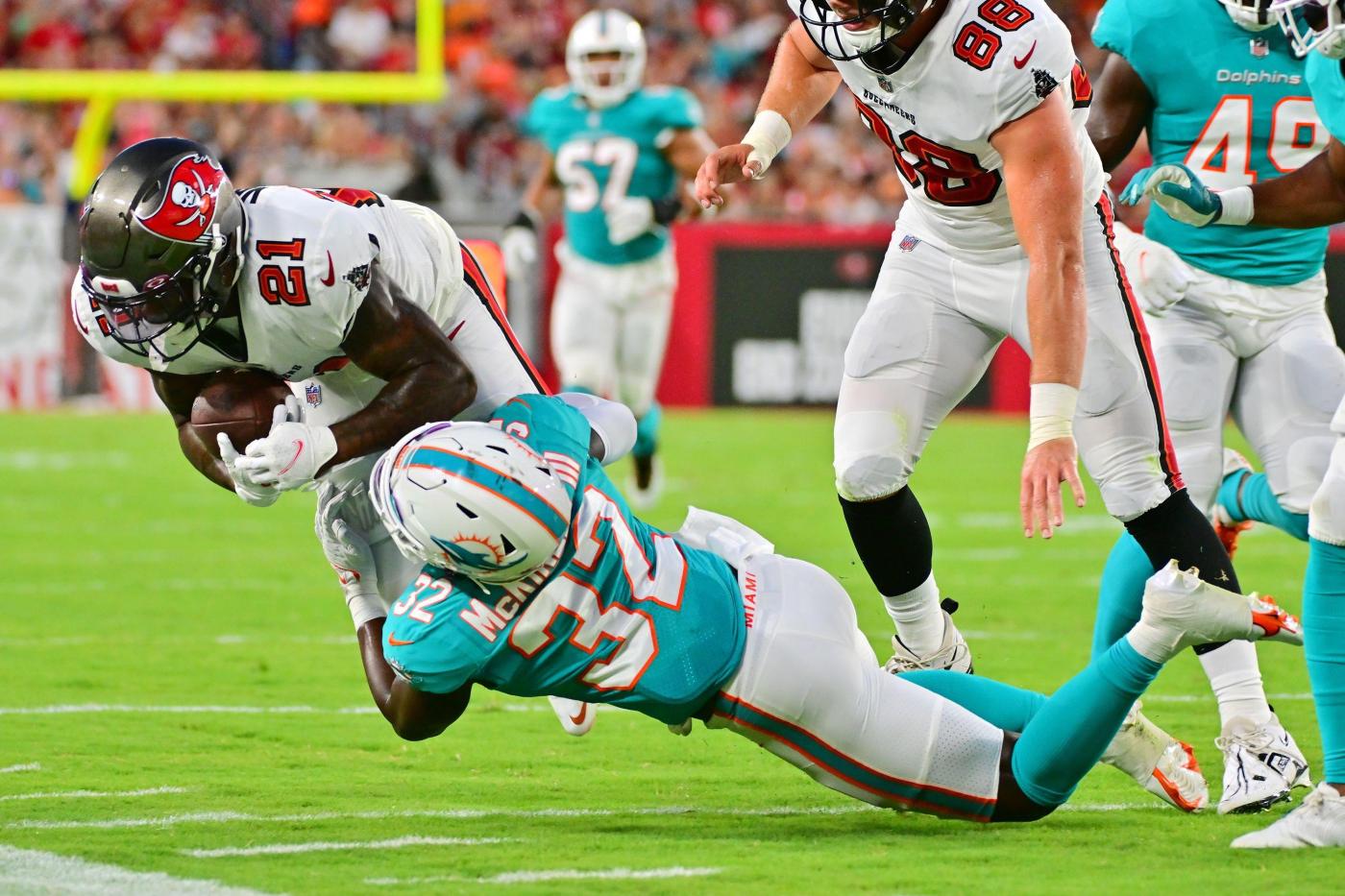 When cornerback Kader Kohou and safety Verone McKinley III started last week in Detroit, it confirmed a notion that had been floating around for the past few weeks: The Dolphins’ undrafted rookies are better and have made big contributions. What is it.

Take it any way you want.

Most importantly, it’s a nod to the undrafted players, the ones who have the hardest road to success of any player. They’re the ones who get the fewest repetitions in practice, rarely get the benefit of the doubt when they make mistakes, and are the first on the chopping block when they’re cut.

But when you attack them, coach Mike McDaniel said, “you get great results from guys who have a chip on their shoulder.”

Look for both Kuhau and McKinley to be key contributors whether they start or not in Chicago on Sunday.

“Drafted or drafted, I think they brought guys in because they felt like they could help them win in some way, shape or form,” Kuhau said.

Tyndall, who has two tackles, is a special teams contributor who was once inactive. Ezkuanma has been inactive for all eight games. Good is on the practice squad, and Thompson has played one game in relief (New York Jets) and one start (Minnesota). He is 26-for-46 for 255 yards, no touchdowns and one interception with a 63.2 passer rating.

McKinley, who played college football at Oregon where he teamed with Dolphins safety Jeon Holland, was lifted off the practice squad three times and made one start. Last week he started the game down in the box with Holland deep, but ended up deep with Holland down in the box.

“The bottom line in all of this is to develop players as we go along, mix in other players a little bit more as we go along,” Boyer said, “and then every week, you just choose what you feel like. That’s the best way for you to win this week.”

Sanders, out of Mississippi, had two receptions against Detroit, a fumble in his first contest.

Still, out of Nebraska, played a safe role against Pittsburgh.

The process is the same for all of them irrespective of whether they play the role of offense or defence.

They initially turn heads in their few practice opportunities, then it continues in preseason games.

“Then you definitely see how they handle themselves off the field and all their preparation that goes into it,” defensive coordinator Josh Boyer said, “and then really, It’s like all of us – it’s a production business and it comes down to when you get it. Opportunities, can you produce?”

Kuhau has played the biggest role among the undrafted rookies, primarily filling the hole left by cornerback Byron Jones, who has yet to play this season after undergoing Achilles surgery in March.

Kohau is seventh on the team with 27 tackles, including three tackles for loss and an interception. He also has two passes defended.

McKinley is filling the hole left by safety Brandon Jones, who suffered a knee injury against Pittsburgh. He has two tackles.

Steele played nine snaps against the Steelers because defensive end Emmanuel Ogba was inactive with a back injury. Steele has two tackles.

The rookie draft class has half a season to make big contributions.

Ideally, every draftee but Thompson will do something meaningful during the second half of the season (if Thompson plays, it’s likely the Dolphins have quarterback problems — again.)

If that doesn’t happen for drafts, at least the Dolphins will still know they’ve got good rookie support this year, albeit undrafted rookies.