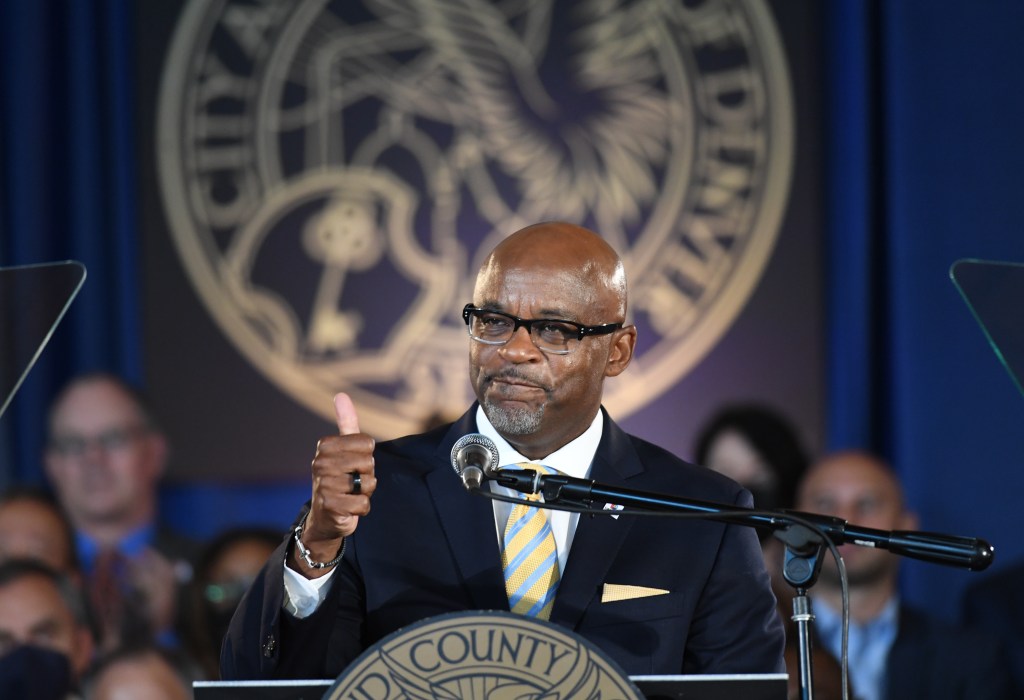 In his final State of the City address, Mayor Michael Hancock was all about the future, “Our children’s future… secure our future… a future full of possibilities… our bright future.” If Denver’s future is anything like its present, the past will be an improvement. There was a time when Denver was a great place to open a business, fix up an old house, or take a walk in the park. Denver today resembles the Mile High City of the late ’80s, early ’90s when Larimer Square was an island in a sea of ​​high-crime urban blight and people stuck in the suburbs.

I remember those days fondly. Thieves broke into my car. Someone stole a dead plant and a yellow macrame from my porch because it was the only thing that wasn’t nailed down. My downstairs neighbors were small-time drug dealers. I’m not exactly sure who left the bloody handprint on the wall in the stairwell. Men came and went from the vacant house next door, which had a toilet in the yard and boarded up windows. Panhandlers weren’t too reserved about leaving the trove to ply their trade in the eyes of others. Happily, random pills were more common in my friend’s neighborhood. After a boy pulled a knife on us, we were more careful walking at night. good times.

I am able to relive these fond memories of Denver today while driving past dirty tents, garbage dumps, stoned beggars, graffiti scrawled windows, no paint and plenty of hairy meth-addled vagrants. Can’t remember it. Drive-by shooting is back. Civic Center Park was closed last year so the city could clean up trash, rat droppings, human waste, and soot. A year ago, it cost more than $5 million to repair the damage the rioters had done to the city.

This is not all the mayor’s fault. Who knew that making marijuana a popular institution would attract drug users and encourage more use? Who knew that letting criminals out of jail on cheap personal recognizance bonds would give them a chance to reoffend? Who knew it was possible to give vagrants free food, free housing, free cash, and free needles with no expectation of rest or work?

Who knew that the successful Broken Windows city management philosophy would be replaced by a soft-on-crime, tough-on-police approach that would lead to increased lawlessness? The broken windows approach recognizes the role of disorder and crime in creating more of the same. During his administration, Mayor John Hickenlooper hired criminologist George Keeling, who, along with academic James Q. Wilson, pioneered the Broken Windows Theory to advise the Denver Police Department. The city successfully reduced incidents of vandalism, looting, public drunkenness and drug use, and squatting, as well as more serious crimes.

Without a mandate to maintain order, crime returned with a vengeance. In his speech, Hancock cited the $240 million the city spends annually on homelessness. There is no doubt that some money is well spent. Helping low-income working families find stable housing in an expensive city is a worthy goal, but high rents aren’t the primary problem facing the stoned man without paint or other tent dwellers who Not interested in rest or work.

Some of the city’s programming is counterproductive. Before Hancock brags too much about the Denver Basic Income Project, which gives recipients $1,000 a month in cash, he should read a new study by Harvard researchers that found that low-income recipients of this type of program Doers suffer. In the randomized study, some recipients received unconditional cash and others did not. People who received cash reported that they made less money, had more financial stress, fewer health outcomes, more anxiety, and less satisfaction and performance than those who did not work. In other words, helping doesn’t help, it hurts.

Doing no more damage might be a good goal for Hancock’s final year in office.

To send a letter to the editor about this article, submit online or see our guidelines for how to submit by email or mail.