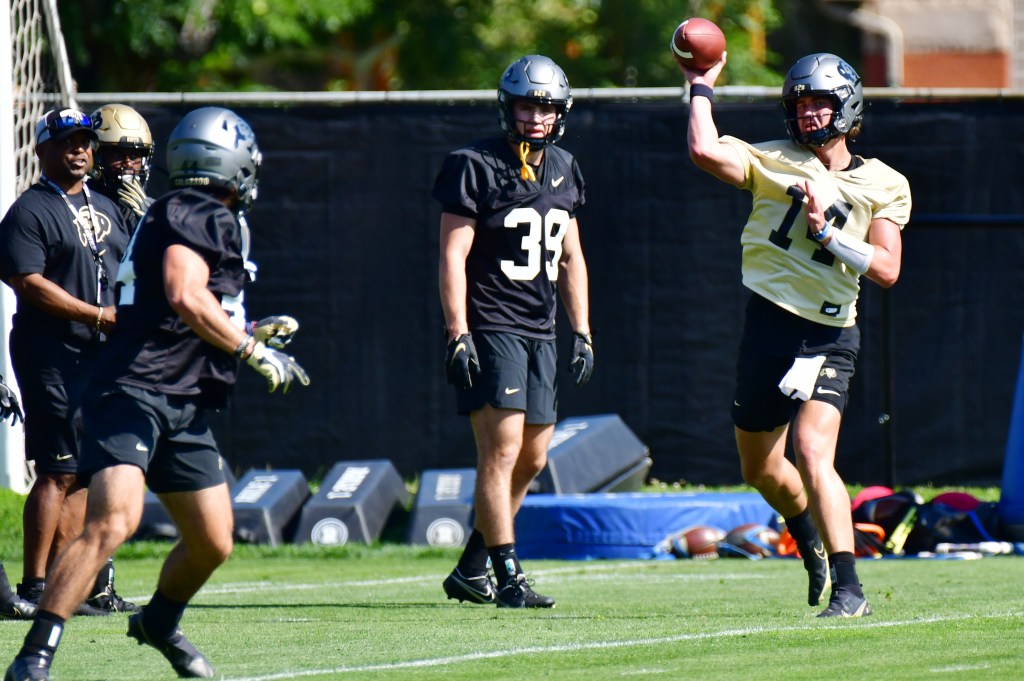 BOULDER – With four boys bouncing off the walls of a coop house, the games never stopped.

“Our rule was that if someone started crying, we had to stop.” Laughs Braden Cope, older brother of CU Buffs freshman quarterback Maddox Cope. “We were always competitive, always out of games.”

It should come as little surprise, then, that all four Kopp siblings have followed in the footsteps of their father, former University of Tennessee-Chattanooga tennis player Will Kopp, as scholarship Division I athletes.

Braden played offensive tackle at Vanderbilt, Miller is a senior forward on the Indiana men’s basketball team, and Anderson is a senior guard at Missouri Kansas City. Maddox, meanwhile, is starting his first preseason camp in Boulder trying to move up the CU Buffs quarterback depth chart this fall.

Cope said he is focused on getting better every day.

“When I decided to come here I knew I just wanted a chance to compete and that’s what I do every day, I love it.” Cope said. “We’ve been pushing each other and it’s been great.”

Before Cope found his love for football, he played basketball with his brothers. In fact, it wasn’t until his junior year at St. Thomas High School in Houston that he committed to pursuing football after high school.

“I wanted to be a basketball player, but I fell in love with every aspect of the quarterback position and never looked back,” Kopp said.

With his new commitment, along with a growth spurt that saw him shoot up to four inches, Cope took over as quarterback for St. Thomas, where he led the Eagles to a 16-7 record over two seasons. He completed 431 of 752 passes for 6,334 yards, 59 touchdowns and 18 interceptions.

“He put in the work and committed to the role,” St. Thomas football coach Rich McGuire said.

Playing basketball helped Cope get noticed as a football recruit, with his brothers mastering his skill.

“We put pictures of his dunks before his highlights so people could see his athleticism and height,” Braden said. “That’s what jump-started his recruitment.”

Two years later, Cope is in a crowded CU quarterback room but said he enjoys the competition and using his teammates to get better. Above all, she is excited to begin her journey.

Despite being geographically far apart, Maddox and her brothers are still as close as they were as children. Whether it’s through Facetimes or their private group chat, the Kopp brothers support each other, especially their youngest brother.

“Once he puts the pieces together he can do some really special things,” Braden said. “I know why a lot of people are excited about Maddox. His ceiling is as high as he wants to be.”