Connect to the enemy in the Bay Area. - OlxPraca.com - Job Offer Ads
Skip to content 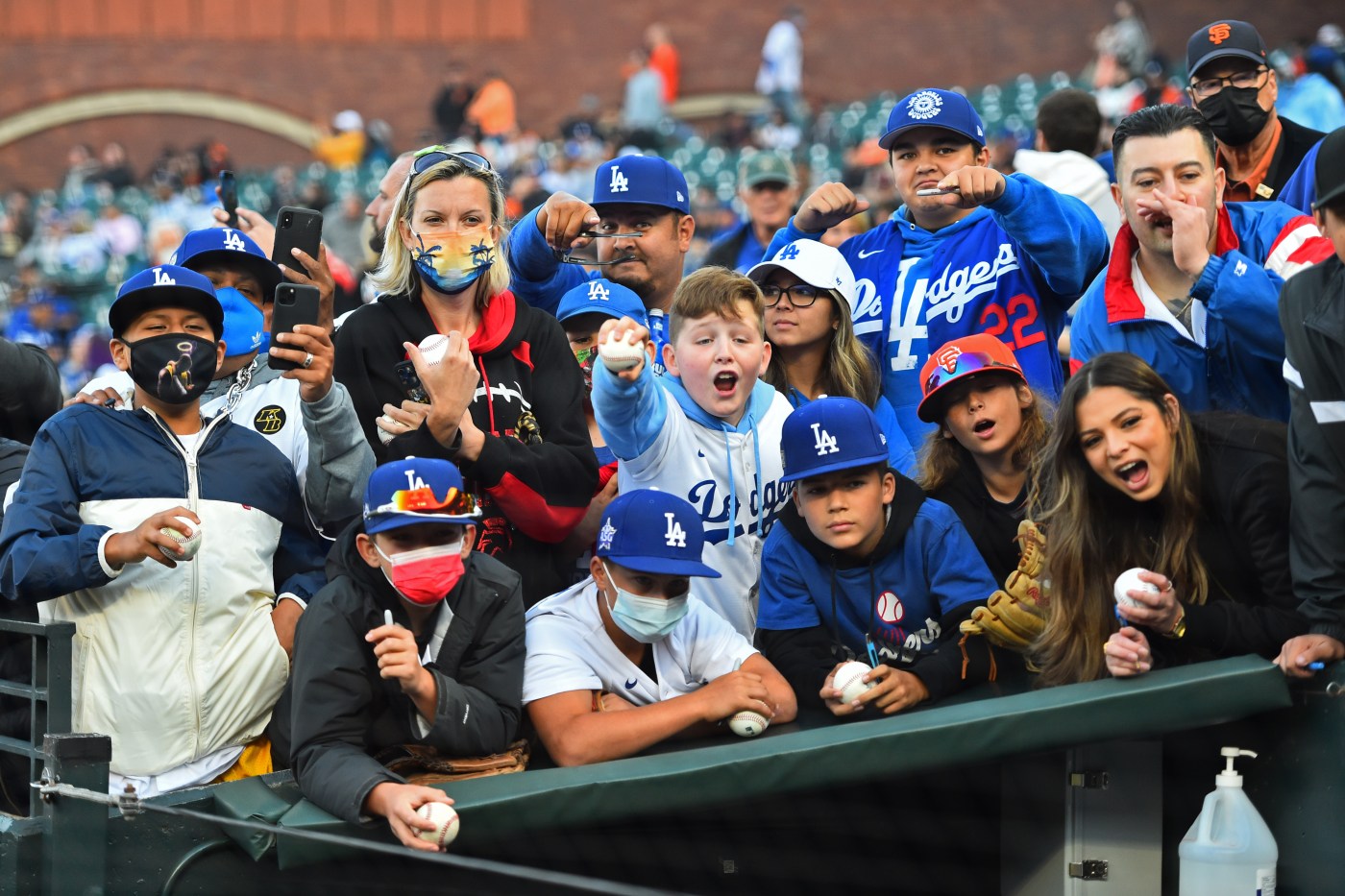 The golden rule of sports writing is never rooted in any team. You change your fan card, which we all think was from childhood, and report what you see accurately and without prejudice.

For some 20 years, when I was in the field, I stopped investing emotionally. I covered many teams in all sports and wrote hundreds and hundreds of stories.

I didn’t care who won.

I just wanted to write a good story and make a deadline.

But something happened a decade or so ago that I can’t describe. Maybe it was the parents of a small child. Maybe these were the colleagues I started seeing every day when my career moved from the field to the office. They were invested. why not me?

Somewhere along the line, some of my fans re-emerged.

My daughter started liking teams when I was her age. He is in college now and still has his roots.

If I hadn’t been her father, she would probably be a Bay Area sports fan. But he is not. I grew up in Bakers Field. The Los Angeles sports teams were the ones that made my family happy. These were the teams that kept us up at night, the ones we heard on the radio (how it was treated), watched on TV and broke our hearts more than I remember.

I loved Rams. From Sears to school I wore my Reims jacket, even when I knew it would hurt the Vikings or the Cowboys after losing in the second playoff.

Our baseball team was the Dodgers and our enemy was the Reds. As a kid in my 70’s, I could read the Cincinnati lineup as quickly as the Dodgers. When I returned from a neighborhood store near my grandmother’s house with a Tops Baseball trading card, I didn’t want to see Pat Rose, Johnny Bench or anyone else with the Big Red Machine. If I did, they were immediately on the trade blocks.

I honestly didn’t know much about them. From the mid-70s until late, they were irrelevant. I didn’t know anything about the ’50s or’ 60s or the early ’70s – the history that made their feud with the Dodgers special and historic.

But in the early 80’s, I quickly learned that giants were rivals and Kendall Stick Park had no friends.

Joe Morgan’s home run, which knocked out the Dodgers in the last weekend of the 1982 season, was twice as painful. Morgan was a star of the Big Red Machine.

Jack Clarke’s home run that lifted the Cardinals over the Dodgers in the 1985 NLCS was just as bad. Clarke played for the Giants.

The last happy moment of my investment obsession before my career started was in 1988 when the Dodgers won. I almost wrecked the car when Jack Book said through the radio speaker as Kirk Gibson walked around the base, “It’s going to drive home. I can’t believe what I just saw.”

The Dodgers also won the World Series in 1981. It was spiritually emotional because my grandmother, who loved her dodgers and watched games with me, died of cancer in 1980.

Deep down, I always felt like it had something to do with the ’81 title.

In the 1990’s and 2000’s, I invested heavily in my job and career rules to really attract anyone. As others do, whenever I hear someone in the press box cheering from afar, there is a sin in sports journalism.

As writers, we’re connected to stories and fast sports. We breathed a sigh of relief when we pressed the send date deadline.

When I covered the Giants, even against the Dodgers, I didn’t have a fan connecting for one team for another.

I have called Northern California home for 30 years. Given where I work, I’m still reluctant to show public support for any team, especially one that hates Southern California.

But I would lie if I said that the fan is still in the bottle.

I have a Bay Area sports writing friend who is in a similar place. I grew up in Sokal. Connected to LA teams since childhood and has lived here for decades.

During the Dodgers Games, we became each other’s shop. We often text each other, usually in a humorous tone of frustration.

He could not hit the water if he fell off the (blowing) boat to borrow a line from the late Tommy Lassorda.

We spent more than four hours on it again on Wednesday night, analyzing big and small decisions, knowing that it was going to end badly.

That did not happen.

“Taylor is coming,” I texted. “He fell off the boat. And he hasn’t hit the water yet.”

This is baseball. That’s what makes it fun. That’s why I loved sports as a child and have been loyal to my childhood team, even if that loyalty was kept in the box and in the closet for many years.

Bring on the giants.

There should be a hack of a series.