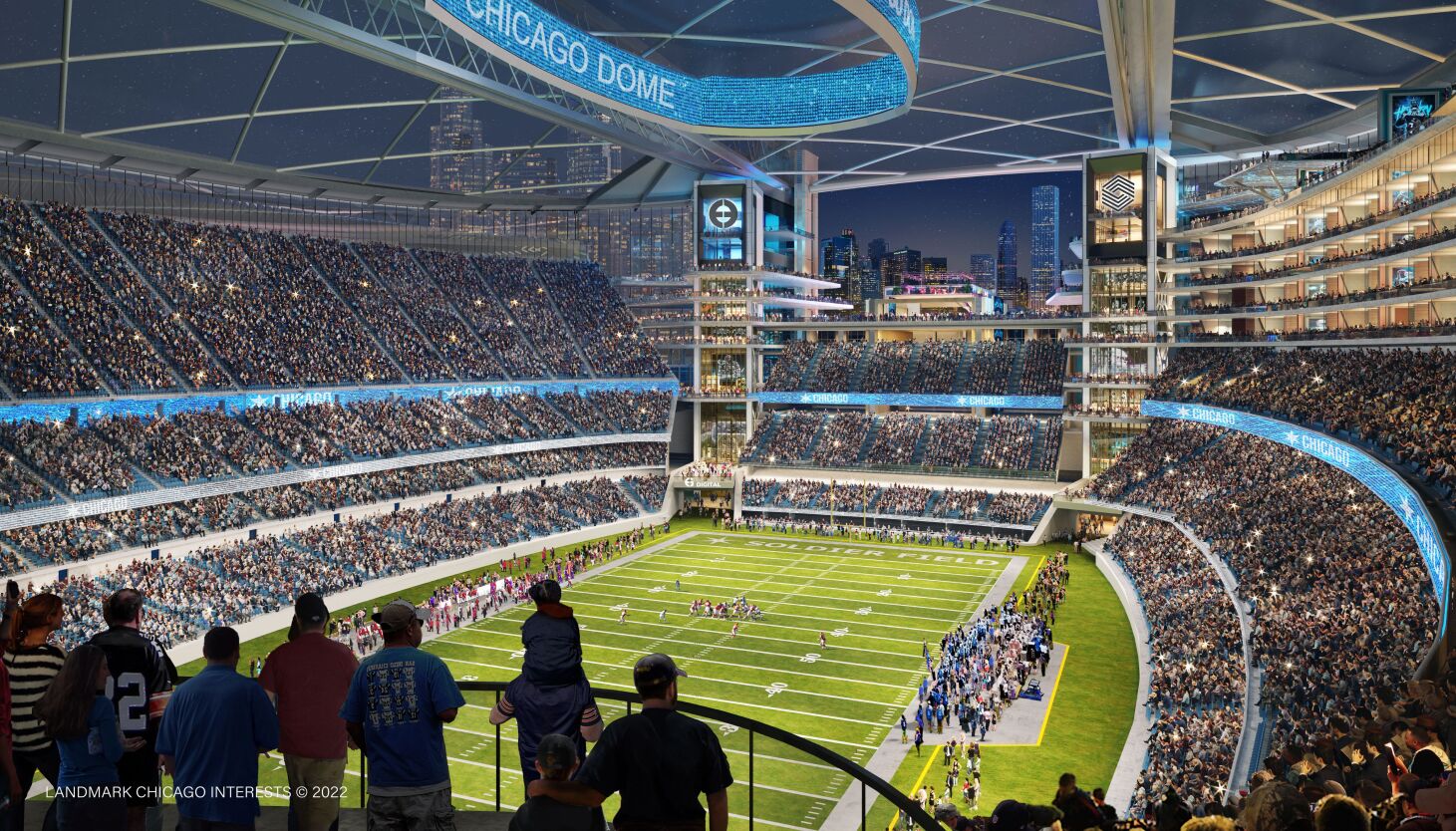 Good Morning Here’s the latest news you need to know in Chicago. This is about a 5-minute read that will brief you on today’s biggest stories.

Chicago’s top news of the day, broadcast every weekday at noon. Plus, a bonus weekday issue that delves into the city’s storied history.

Quinn launched a campaign to block the sale of corporate naming rights to Soldier Field.

Arguing that there is “no tasteful way” to associate a corporate name with a “sacred” war memorial, former Illinois governor Pete Quinn is reenacting the battle he named Soldier Field 20 years ago. Fought to keep it safe.

A day after Mayor Lori Lightfoot unveiled her $2.2 billion plan to house the bears in a dome and renovated Soldier Field, Quinn accused the mayor of depriving her of her only source of funding. launched the campaign that has so far appeared to bankroll the most ambitious project: selling rights to the corporate name;

Quinn introduced another “citizen ordinance” to get an advisory referendum on the Feb. 28 ballot that would ask voters a loaded question:

“Will the people of Chicago protect the good name of Soldier Field — a war memorial dedicated to the soldiers who fought for our American democracy — by engaging the mayor, city council, park district or any other government agency with it?” Prohibited from selling the rights to the Soldier Field corporate name or naming Soldier Field in any way?

Quinn believes the answer will and should be “no.”

He argued that after the terrorist attacks of September 11, 2001, a “firm commitment” was made to preserve the Soldier Field name and that commitment should be honored in perpetuity.

Support civic-minded, independent journalism by signing up for a digital subscription to the Chicago Sun-Times.

‘The Bear’ delves into the kitchen culture of Chicago’s Italian beef joints.

Chicago’s famous Italian beef sandwich continues to put the city on the culinary map — this time through “The Bear,” the half-hour drama series now streaming on Hulu.

The kitchen is a chaotic environment on many levels for Carmi, who is also dealing with a pile of unresolved emotional issues. His first order of business is literally cleaning up the space and reorganizing the way the kitchen works, which demands a new level of dedication from his staff. It’s a powerful lesson in kitchen workflow. Think: dedicated stations.

“I don’t think a lot of people realize how a kitchen works, people do one thing. [at one station all day]” White said. “Repetition is something. I have a lot of respect for kitchens, cooks and chefs.

Capturing all the nuances, all the nuances of Chicago’s Italian beef culture, as well as the look and feel of a true Chicago Italian beef shop was important to “The Bear” creator Christopher Storer. For example, the interior of the kitchen will look very familiar to fans of The Original Mr. Beef on Orleans.

“Chris Zochero [the owner of Mr. Beef] It’s been a dear friend of mine since we were kids, so I’ve spent a lot of time at Mr. Beef over the years. … so many [the culture] Rooted in tradition and family, which are the themes the show deals with. Every family, or restaurant, has their own unique way of doing it. Their own recipes, their own secrets,” said Storer, who grew up in Chicago and admits Italian beef is indeed his favorite sandwich.

Miriam Di Nunziohas more with White and Storer in her coverage of “The Bear” here.

From the press box

Where can you find the best Italian beef sandwich in Chicago? What makes it great?

Email us at newsletters@suntimes.com and we may feature your answer in the next afternoon’s edition.

Yesterday, we asked you: What do you think about Mayor Lightfoot’s proposal to put the Bears in a dome over Soldier Field in Chicago?

Here’s what some of you said…

“He’s made it clear he’s not going to stay, he’s up for re-election.” –Dave Peterzka

“The bears keep saying no. Why even bother? They won’t for a number of reasons. She’s going to rebuild? How much is that going to cost the taxpayers?” –Liz Peralta

“Good idea because it will be a lot warmer inside everyone too and everyone won’t freeze their buttons during the game either.” – Rosemary Tezka

“It would be cheaper to tear down the stadium and build a new one.” –Ryan was hurt

“Whatever it takes to keep the bears!” –Jay Thresh

“It doesn’t solve the fundamental problems of the facility: too few seats, thin space, and a space that is too difficult for fans to access.” –John Mueller

“Great idea, should have had one!” – Kendrick Brooks

“Let them go. We can get a peewee football team that plays better than the Bears. – Bring on Greg

Thanks for reading the Chicago Afternoon Edition. Got a story you think we missed? Email us here.