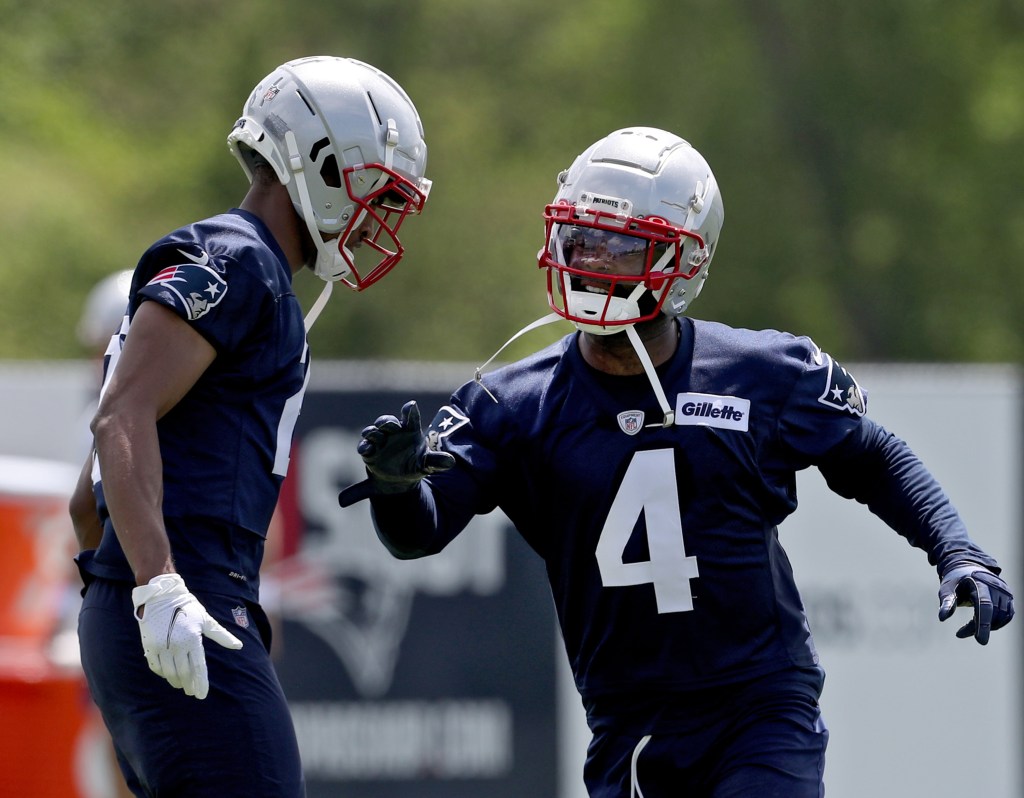 Each day leading up to the start of camp, the Herald will explore one of the biggest questions facing the Pats this summer. Several concern the defense, which lost longtime starters JC Jackson, Kyle Van Noy and Donta Hightower this offseason. Other questions cover the offense and coaching staff, which underwent a major overhaul after Josh McDaniels left for Las Vegas.

After the Patriots hit the practice field, they should learn that before the season opens Sept. 11 in Miami.

No. 10: Who are the top breakout candidates?

No. 9: Who will lead the offensive coaching staff?

Number 8: Can Cool Strange live up to its first-round billing?

No. 7: Which UDFAs are most likely to make the roster?

No. 6: How can Bill Belichick fix his special teams?

No. 5: Which rookies could surprise in Year 1?

No. 4: Who starts opposite Matt Juden at OLB?

No. 3: Can the Patriots find two solid starting cornerbacks?

Over the past two decades and beyond, Bill Belichick’s defenses have often featured at least one stud corner tasked with shutting down the opposition’s best receiver.

Ty Law, Asante Samuel, Darrelle Revis, Malcolm Butler, Stephon Gilmore and JC Jackson at one time or another held the honor of being a shutdown corner, or something close to it.

And along with that top corner, the Patriots usually had good cover men on the opposite side as well in the slot.

In 2022? It certainly doesn’t look like Belichick will be able to cover all of those bases.

For starters, it’s hard to find just one corner who can shut down an opponent’s top gun competently and consistently, even with Super Bowl hero Butler back in the fold. It’s also hard to guarantee the Patriots will be able to field a pair of solid starting corners, much less a shutdown.

And it’s worrying about the start of training camp.

Next to the quarterback, the cornerback is the most important position on the field.

With the league so focused on offense, and so are quarterbacks and receivers, teams really need a fleet of corners to help defend high-powered NFL offenses that light up the scoreboard. . Not to mention the ones the Patriots will have to face this season.

Last year, the Patriots traded Gilmore and former NFL Defensive Player of the Year, a key figure in Super Bowl LIII against the Rams. Then, during the offseason, they failed to re-sign Jackson, who signed a lucrative free agent contract with the Chargers.

Jaylen Mills, who started opposite Jackson last season, figures to hold down one of the starting spots after signing a $24 million contract in free agency. He’s not a shutdown corner, per se, but played relatively well for someone who was primarily playing out of position.

Pro Football Focus allowed Mills to complete 35 while being targeted 60 times. He surrendered 440 yards, six touchdowns and an opponent passer rating of 114.6.

That’s not great, but he also produced 47 tackles, seven pass deflections and one fumble recovery, without a pick.

While Mills said during the spring that he felt more comfortable with leading the Patriots’ defense in Year 2, it would be less than ideal for him at the top corner. The Patriots could get by with him as a No. 2 or No. 3 pick.

Butler, meanwhile, would have bolstered any secondary a few years ago and would have been No. 1, but he’s 32 now, and spent most of last year retiring. He is a bit of an unknown.

It’s not completely out of the realm of possibility for Butler to recapture his past glory, but it’s also not guaranteed. We’ll learn more by seeing how he fares through training camp and the preseason.

Speaking to the media earlier in the year, Butler insisted he could still project as the No. 1 corner. He said Belichick knows he’s “up for the challenge” and will play any role the coaches have in mind.

“I believe I’ve (still) got it. I’ve worked hard,” he said. “I (wasn’t) sitting on the couch all season. I believed in myself. If the Patriots didn’t think so, I wouldn’t be here.

Jonathan Jones, who missed the final portion of the 2021 season after undergoing shoulder surgery, will begin camp on the physically unable to perform list but should start in the slot when ready. So that’s a positive at least.

Then there’s journeyman Terrance Mitchell, who signed in free agency, and Jujuan Williams, who has been a disappointment and could be the next 2019 draft pick on the loose. After them, it’s Shaun Wade, Miles Bryant, Justin Bethel, who is essentially a special teamer, and a pair of rookies in Jake Jones and Marcus Jones.

Hopefully with at least one cheater. Jake Jones, a fourth-round pick out of Arizona State, looked good during minicamp. To say the Patriots need to shine in camp and possibly earn a starting role on the outside may actually be an understatement, especially if the Patriots want to continue playing man-to-man.

Eric Galko, director of the East-West Shrine Bowl where Jones played during the draft process, sounded like a big fan when the Herald spoke with him recently.

While Galko had some concerns over Jones’ weight — he’s listed at 5-foot-11, 175 pounds — he thought the Arizona State product could be a “plug-and-play” defender, whether deployed on the outside, or inside As the nickel corner.

“Even though he’s a little bit lighter, he can beat big guys with balance, control and quickness,” Galko said. “I think the sky’s the limit for that.”

The Patriots primarily need a corner or two outside of Mills and Jon Jones, especially given all the great quarterback-receiver organizations the team faces in 2022.

Whether it’s one of Jones’ rookies — Marcus Jones has quickness and quickness — or Butler, Mitchell, Wade (he has decent size and quickness), at least one, but most likely the following. Two of the above require leaving the group to be handled. Range beyond Mills.