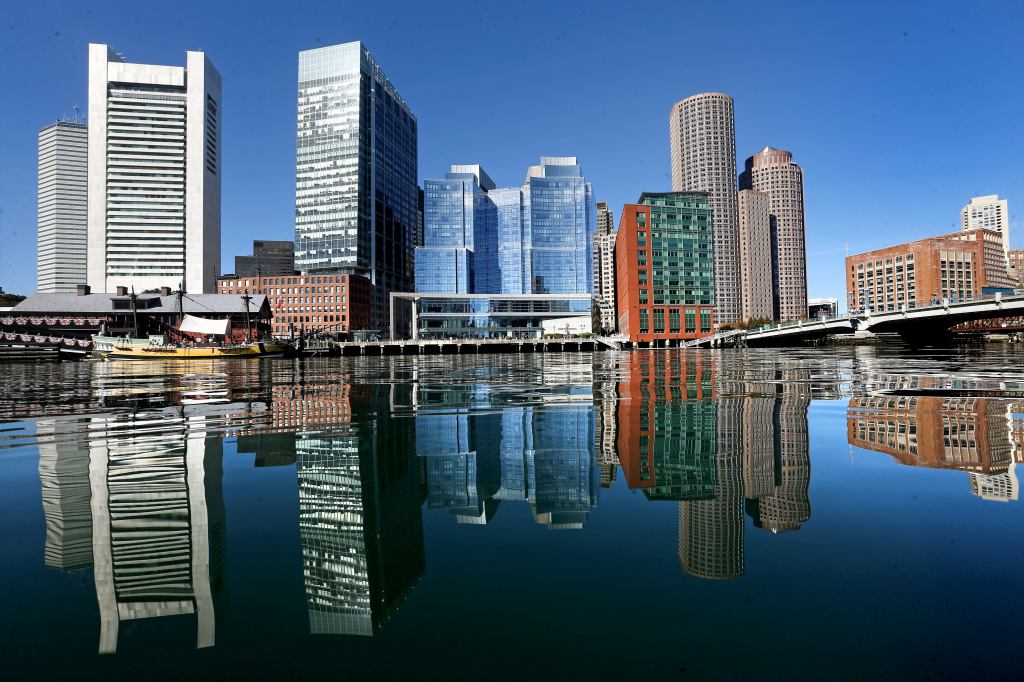 At this point, Boston will not meet its goal of cutting its greenhouse gas emissions in half by 2030, the first climate progress report of its kind says.

For the city to have any chance of achieving net-zero emissions by 2050, it will need to be more aggressive in tackling a changing climate, the report added.

The Boston Foundation released the findings Thursday in partnership with the Green Ribbon Commission, a group of city stakeholders that develops strategies to deal with change.

The report identifies four key components that the city needs to focus on to address what the report’s researchers say is a “collective failure to implement major changes over the past decade.”

Ted Landsmark wears many hats as director of Northeastern University’s Dukaks Center for Urban and Regional Planning and a member of the Boston Planning and Development Agency.

Students and researchers at Landmark said they are expressing the urgent need to tackle climate change in meaningful and effective ways. He said, however, that the BPDA has balanced the city’s need to increase revenue through commercial real estate development against environmentally friendly projects.

“Those of us who have been in the field for a while feel a certain sense of disappointment with ourselves,” Landmark said. “We have not lived up to all the expectations we set out to deal with climate change and resilience.”

Boston saw a 21 percent reduction in greenhouse gas emissions between 2005 and 2019, according to the report, led by John Fitzgerald, a professor at Northeastern’s Dukaks Center, and Michael Walsh, director of policy research at Groundwork Data.

Boston is about five years behind its goal of cutting emissions in half by 2030, but the gap could double if it weren’t for Boston Community Choice Electricity, which helps the city save electricity for its residents and businesses. allows to. Competitive rates.

“If these actions could be replicated in other sectors by then, we might be telling a different story,” Walsh said during a forum Thursday after the report was released.

Fitzgerald said strengthening the resilience of the city’s shoreline is particularly challenging because large projects must be approved by the state Department of Energy and Environmental Protection, which enforces the federal Wetlands Protection Act.

Fitzgerald recommends the creation of a statewide governance agency to coordinate and finance coastal resilience and environmental planning. He said it would have eminent domain.

Despite the city’s negative progress, with Mayor Michelle Wu’s New Green Deal plan and other initiatives across the state and country, officials and advocates are optimistic about the way forward.

“We can’t just go after the low-hanging fruit, we have to be really bold,” Power said.