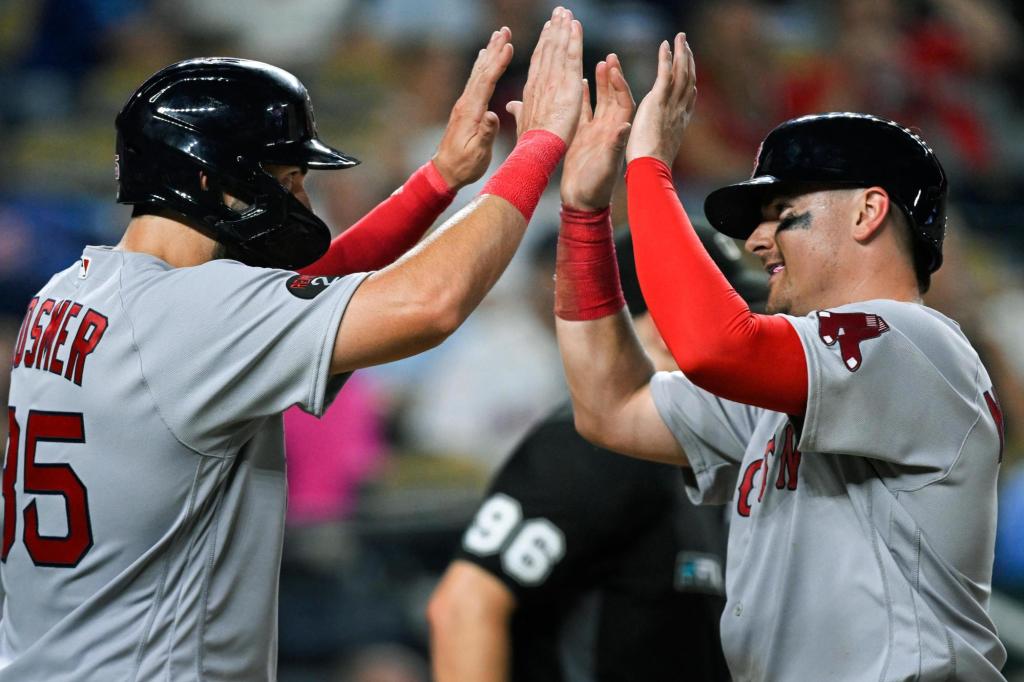 Verdugo had three hits as Boston snapped a four-game winning streak. Josh Winkowski (5-5) allowed one run on five hits over five innings for the Red Sox.

“It felt good. A lot of really good at-bats from top to bottom,” Verdugo said. “We know Greinke. We know he relies on over-aggression and extending the strike zone. I think we did a really good job of getting him to us and then hitting the mistakes.

The Red Sox got on the board in the second when former Royal Eric Hosmer ripped a double down the right field line, scoring Verdugo.

Boston added two more runs in the fourth. JD Martinez hit a double over the wall in left center, driving in Bogaerts and Verdugo.

“Greinke is a master at throwing pitches around the zone and getting people out,” Boston manager Alex Cora said. “He’s been really good throughout his career. We had to grind out the bat.

The Royals threatened in their fourth. They loaded the bases with one out, but Kyle Isbell grounded out to Winkowski, who threw to the plate for a force out, and Nikki Lopez struck out.

“Those 3-day practices in spring training, that’s why you do them,” Winkowski said. “When you’re facing the bases loaded with one out, you’re either thinking about a strikeout or a groundout. It just happened to come back to me. Then I had to make another pitch after that. fell

Bogaerts followed Greinke with a two-out single to drive in the Red Sox’s fourth run.

“(Bogaerts) is really good at going the other way,” Cora said. “He did it a few times today, and it started with the first at-bat. Tonight was one of those nights when you think something good is going to happen.

Salvador Perez blasted a 454-foot home run to left in the fifth.

Boston got that run back when Reese McGuire drove in Hosmer, who had reached on an error, with a single.

Jaren Doran drove home two in the eighth with a double. The Royals got three in the eighth on a sacrifice fly by Nate Eaton and a two-run double by MJ Melendez.

All nine position players in the Royals’ starting lineup, as well as starting pitcher Zack Greinke, were originally signed or drafted by Kansas City. According to Elias, it’s just the third game in franchise history — and the second this season — that the Royals have done it. They did it last Friday night at Yankee Stadium and on September 19, 1990 in Minnesota.

Boston: RHP Michael Wacha is nearing a return to the Red Sox. He pitched 4 2/3 hitless innings Thursday night for Triple-A Worcester. He and reliever Chase Shugart combined for the first no-hitter in WooSox history. Cora said Wacha felt good today and is likely to make one more start before returning to the parent club.

Kansas City: SS Bobby Witt Jr. was not in the lineup Friday. Manager Mike Matheny said the distance he went in Thursday’s game prompted him to rest his prized rookie. Witt was available as an alternative.