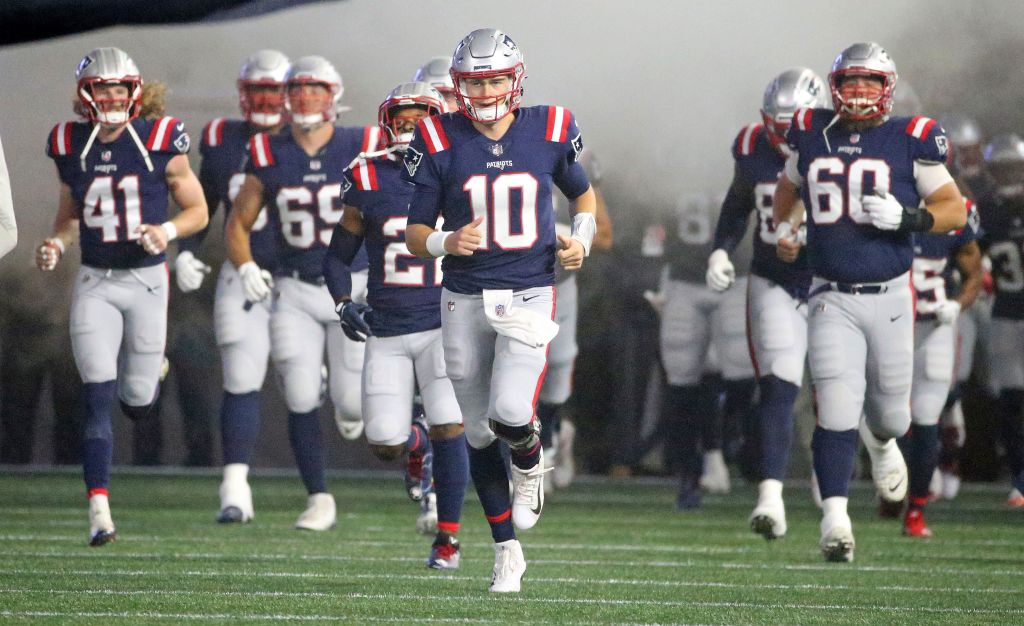 FOXBOROUGH — No work for the Patriots.

They have botched their handling of their quarterbacks in recent weeks, particularly in Mack Jones. Damaged with every passing minute.

But with the New York Jets moving forward, Bill Belichick had to find a way to get back on track Wednesday, pave an escape route and put a lot of bandages on the problem to stop the bleeding.

Sources confirmed to the Herald that McJones will start Sunday against the Jets. So thankfully, a week with growing suspense won’t be too suspenseful.

Let’s hope it stays that way. In the NFL, quarterback problems are the worst problem whether it’s for a week, or an entire season.

Thankfully, Belichick has implemented at least a temporary solution. But he also needs to make it clear, whether publicly or inside the room, that he stands by Jones through the rest of the season.

Temporarily won’t cut it in the locker room. Day to day and week to week does not work. Either Jones is the man now and for the future, or he isn’t. There really is no time to waste when it comes to backing the top man.

The Patriots face a make-or-break game on Sunday. If they expect to go anywhere this season, or at least give themselves a shot, they will have to beat a much better Jets team at MetLife Stadium.

To doubt the most important point at this stage would have been disastrous. As legendary offensive line coach Dante Scarnicchia opined during an appearance on WEEI’s “The Greg Hill Show” on Wednesday, it was time for Belichick to fish or cut bait on quarterbacks.

“I think it’s a tough situation right now. I’d like to see them say, ‘Hey, this guy’s starting, and we (the Jets) are playing, and we’re going this way.’ I don’t think it’s time for a trial,” Scarnicchia said. “They’ve got a big game against the Jets on Sunday. They need to win that game … so let’s just make a decision, ride it out, and run it hard.

While Belichick may love a good mystery, and may like to keep everyone in suspense as to which quarterback will play, or both, as was the case Monday night, he needs to stop fanning the flames. was

He needed to put out the fire he had set in motion before it was too late and the season went completely down the drain.

Belichick may believe he’s giving the opponent extra work by not revealing his starter, but it was ridiculous to keep hearing the “we’ll see what happens” line.

Because that strategy was doing more harm than good.

Jones and Bailey Zappé were suffering in their own way, and by extension, so was the team, blown away by the Bears.

With no recognized No. 1, the impression was that the two quarterbacks were still competing for the job, though Belichick insisted Wednesday that was not the case.

Well, but there was a reason Belichick was backing away from committing to Jones.

And that was the root of the problem.

Maybe the injury forced all the mystery, and Monday night’s loss was just Belichick’s way of giving Jones some work until the more important game against the Jets.

That said, Belichick could have stopped all the noise in his tracks weeks ago by simply saying Mack was his starter whenever he was healthy and ready to play.

Instead, a wall of uncertainty was erected. Doubts were expressed about Belichick’s trust in Jones, and it essentially threw the quarterback position into disarray.

If Belichick’s intention was to try to give Jones a bit of competition with Zappa to make him better when he returns, that horse left the barn Monday night.

Yanking Jones after just three series, with one pick being his final play, only set the table for more questions and more headaches.

So it was fitting for Belichick to clean up the mess.

The weather depended on it. Quarterbacks needed an explanation for themselves, and also for a locker room they were forced to support.

Before the season started, Belichick made it very clear where the buck stopped. He said he “took responsibility for everything that happened on the field.”

Well, he desperately needed to fix what was broken.

Now that he has, it’s time for Jones to respond. Now is the time for him to get comfortable in the pocket, clean up the turnovers, grow with the offense and become the quarterback envisioned when he was taken 15th overall in last year’s NFL draft. was

“We have a plan. For me right now, it’s to be a better quarterback and a better player individually and I’m doing everything I can to do that,” Jones said Wednesday. “I just want to prove it every day, and that’s what I’m going to do.”

Jones also provided a big-picture perspective for the group that was spot on.

“I want it to be about the great offense we’re trying to build,” he said. “I think we’re making good progress. We want to get better, we all know that. We want to score more points, we want to do things better.

Having a recognized starting quarterback is certainly a good place to start.