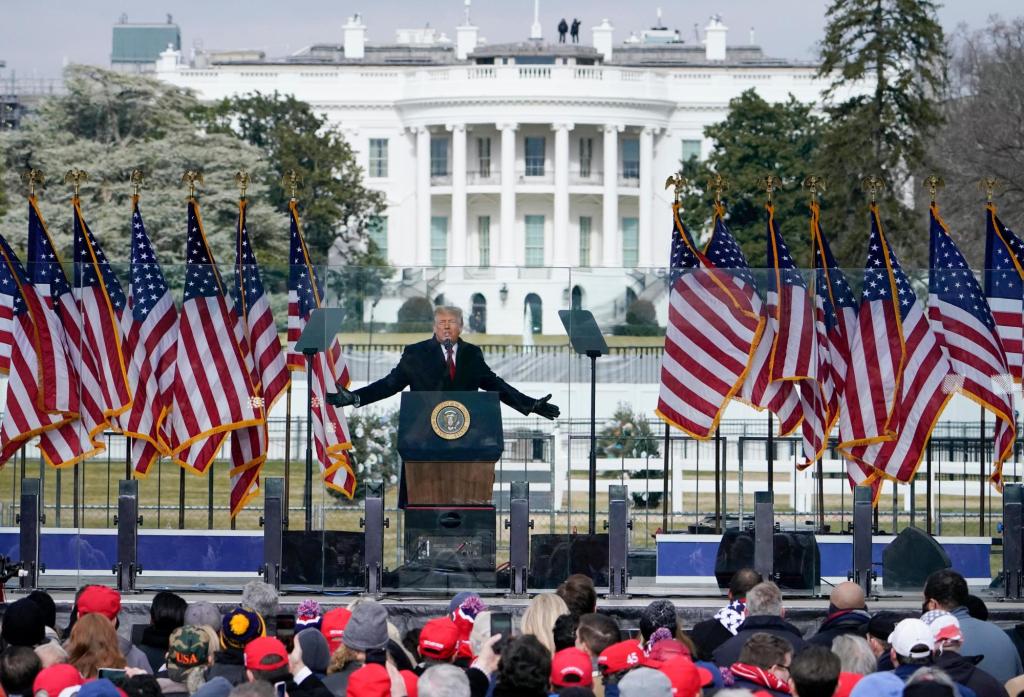 News broke Thursday morning that President Biden has tested positive for COVID two and a half years after its outbreak. His symptoms were mild. Turns out, the vaccine actually helps. Get in shape.

But by Thursday night, with the end of the first set of committee hearings on the Jan. 6 attack on the U.S. Capitol, if anything was clear, it was that former President Donald Trump had symptoms of a different kind, and they weren’t mild. are Just as Trump lied to Americans that COVID isn’t a burger, that it’s a media conspiracy and that his administration has it “under control,” he lied to Americans that he won an election that They had lost.

It didn’t matter that he knew he had lost – he didn’t want to stop being president. So he tried to bully election officials and state legislators into breaking the law on his behalf. And when that didn’t work, he tried to force his vice president to violate not only the law, but the Constitution.

When that didn’t work, he decided to call a mob to storm the US Capitol and watched with glee for three hours as they ransacked the Capitol, beat 100 police officers and, Oh yeah, threatened to hang the vice president. Who refused to be a bully.

Along the way, Trump met with some real certified advisers on how to take over America’s voting machines and order election do-overs in those battleground states. The justification offered? Well, what else: the voting machines were manipulated by a dead Venezuelan, or maybe Italians, or maybe space aliens.

For good measure he tried to appoint an emergency attorney general who promised to declare that the 2020 election was a fraud because Trump lost it. Trump backed down only after being told that if he did, the Justice Department would essentially resign en masse.

On January 6, Trump watched the destruction with complacency, dismissing pleas from compatriots around him to tell his supporters to stop the violence and go home. He told people that his crowd’s calls to hang the vice president were fine with him.

Yes, Donald Trump has symptoms, all right, and we’re not talking about a runny nose. When the committee revealed the results of his reluctantly taped video address to the nation on January 7, Malik saw an impostor, forced by his daughter to deny the previous day’s attack, but he He refused to say that the elections were actually over.

And for someone whose supporters tremble with excitement whenever Joe Biden stumbles over a word, the outtakes weren’t pretty. Trump simply had trouble. “‘Tomorrow’ is a difficult word for me,” lamented Trump, who ordered his staff to remove complex expressions from the teleprompter.

Focus groups of Trump voters in Wisconsin and Arizona announced they wanted him criminally prosecuted. One dares to hope that they wouldn’t vote for him if they believed he should be in prison, but, hey, who knows?

This past weekend two of Trump’s most loyal newspapers, the Wall Street Journal and the New York Post, both published editorials saying he was unfit to be president. Which brought one word to mind above all others: duh.

Jeff Robbins is a Boston attorney and former US delegate to the United Nations Commission on Human Rights.