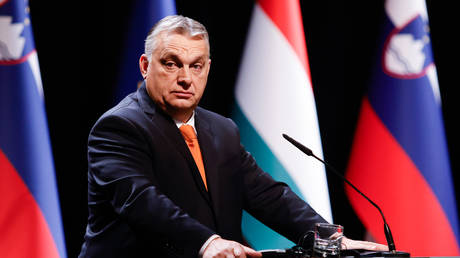 As Western hegemony fades, the bloc may eventually be forced to redefine itself as the western peninsula of greater Eurasia.

The Shanghai Cooperation Organization (SCO) meeting in Uzbekistan has sparked a geo-economic earthquake, as Eurasian giants such as China, India, Russia, Pakistan and Iran are integrating their economies to new levels.

Meanwhile, Turkey wants to become the first NATO country to join the group.

The aftershocks of this meeting are being felt in Europe as well. More specifically, as I sit here at the Budapest Economic Forum hosted by the Central Bank of Hungary, I can feel the Samarkand spirit of the SCO, as the Eurasian future is being mapped out.

The collapse of the international economic system

Liberal international economic systems are formed when economic power is concentrated under a strong leader. With an enormous concentration of financial burdens, the collective West was able to function as a “moderate hegemon” that could provide public goods and build confidence in a stable international economic system. It was the EU that Hungary joined in the 1990s when the US was the sole superpower and the EU was considered an engine for economic and social prosperity across the continent.

However, three decades later the world is a very different place. The EU’s relative share of the global economy continues its steady decline as industrial competitiveness deteriorates, debt reaches unsustainable levels, and the future of the euro looks bleak. Issues of economic picture and political stability in the US are also a cause for concern.

Brussels is also unable to facilitate wider cooperation. The bloc was never able to accommodate Russia, the continent’s largest state, leading to a revival of Cold War dynamics. The British demand to protect the political autonomy of national parliaments could not be met and thus the UK left the EU. Now it seems that there is no room even in the European tent for the conservative aspirations of Hungary and Poland. As the bloc threatens to freeze billions in funding to Hungary, maintaining political independence becomes difficult.

When an economic hegemony is in relative decline, the international economic system begins to break down. To defend their position in the international system, the US and the EU use economic coercion against both allies and adversaries. The West disrupts the supply chains of rival powers such as China and Russia to prevent their rise, while friends and allies such as India, Turkey and Hungary are also punished for failing to show geo-economic loyalty. After that, the unipolar era ended. The West is no longer able to function as a benign hegemon by providing public goods or managing an international economic system based on trust.

The international economic system is disintegrating as economic dependencies built up over the past decades have been weaponized. Many issues threaten the world, from disruptive technologies, war and environmental degradation, yet essential cooperation is failing. It is clear that the unipolar order is already gone, and a multipolar order is emerging in its place to restore economic connectivity and restore stability.

This is facilitated by the Greater Eurasian Partnership, which includes the development of a new multi-polar geo-economic ecosystem. Countries in the Eurasian supercontinent are promoting connectivity between their technological hubs and financial hubs, while being physically connected with major infrastructure projects to create new transportation corridors.

Budapest aims to become a key node in the new Eurasian geo-economic ecosystem and restore economic connectivity in a multi-polar format. Hungary was the first country in Central and Eastern Europe to sign a currency swap agreement with China, and the first country in Europe to join China’s trillion-dollar Belt and Road infrastructure initiative. Budapest is not only positioning itself as the growth engine of Asia, but also establishing itself as a bridge between East and West.

Hungary’s Eurasian path also aligns with its conservative aspirations. After decades of communism and Marxist human development, Hungary naturally seeks to restore the role of national culture, church and traditional values ​​in its national consciousness.

As new technology and rapidly evolving market forces create disruption, change must be balanced with continuity. Conservatism therefore anchors stability in the eternal because a focus on family, faith, and tradition links the past to the future, preparing society for disruption.

Yet, liberalism in the collectivist West is not particularly tolerant of conservative values. While the liberal nation-state was previously a vehicle for success, liberalism has begun to distance itself from the nation-state over the years. Liberal man is increasingly liberating himself from his past through multiculturalism, radical secularism, recognition of the family as the main institution of a stable society, and hatred of traditional values.

In contrast, cooperation in multipolar Eurasia need not export conformity around political systems or “values.” The various civilizations in the Eurasian home pursue economic and cultural connections while maintaining their own cultural distinctiveness. As a conservative country, it becomes paradoxically easier for Hungary to maintain its European distinctiveness in a multipolar Eurasian format.

Hopefully, Hungary will lead the way for the rest of Europe in terms of transitioning from a confrontational unipolar setting to a cooperative multipolar format – as the western peninsula of Greater Eurasia.