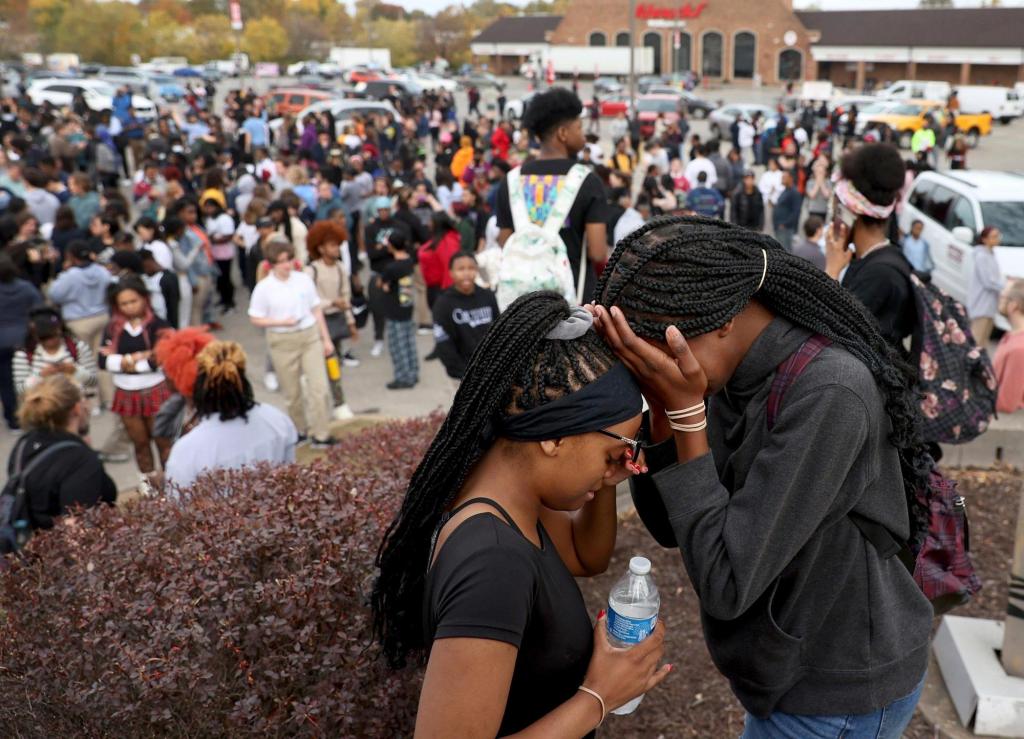 St. Louis police say three people, including the shooter, are dead after a shooting at a high school Monday morning.

Speaking at a news conference, Police Commissioner Michael Sack said the dead included a woman, a teenage girl and the shooter, who is in his 20s.

The shooting just after 9 a.m. at Central Visual and Performing Arts High School prompted students to barricade doors and huddle in classroom corners, jump from windows and run out of the building for safety.

Security officials initially panicked when the shooter tried to enter the locked school building, Sack said. He declined to say how the man, who he armed with a long gun, got in.

Buri declined to name the victims and did not say whether the woman killed was a teacher.

Six other injured were admitted to hospital. Some suffered gunshot wounds, while others were hit by shrapnel, Buri said. He did not provide any information about their conditions.

One student, Tanya Golston, 16, told the St. Louis Post-Dispatch that she was in a room when the shooter entered.

“I only heard two shots and he came in with a gun,” Gholston said. “And I was trying to run and I couldn’t run. He and I made eye contact but I broke it off because his gun jammed. But we saw blood on the floor.

Another student, ninth-grader Nyla Jones, told the Post-Dispatch that she was in math class when the shooter opened fire into the room from the hallway. He said the shooter failed to enter the room and hit the door as students huddled in a corner.

Sack said the shooting happened at 9:10 a.m. Crime tape was put up around the school and some parents arrived to pick up children and check on their safety. Students may be picked up at another school building or a nearby grocery store, the district said in a tweet.

Central Visual and Performing Arts High School is a magnet school specializing in visual art, musical art and performing art with approximately 400 students. The school’s “academic program is designed to create a nurturing environment where students receive a quality academic and technical education that will prepare them to compete or work successfully at the post-secondary level,” the district website says. It prepares you to perform competently in the world.”